Granovetter conveys to French readers of some of his 1973-1990 essays what they all have in common, and how his thought evolved over this period. He relates how early social network analysts rebelled against Parsons' neglect of individuals and social networks by devaluing the importance of culture and norms, and how their later work tried to restore the proper balance. Comparing economic sociology in the French and Anglo-Saxon traditions, he concludes that while the former is often considered more attuned to power and institutions, the differences are smaller than has typically been imagined. While some adherents of the "New Economic Sociology" may have excessively privileged the causal role of social networks, he argues that his own work and the main thrust of this movement have always identified networks as a proximate and intervening cause that links the behavior of individuals to the development and operation of social institutions. 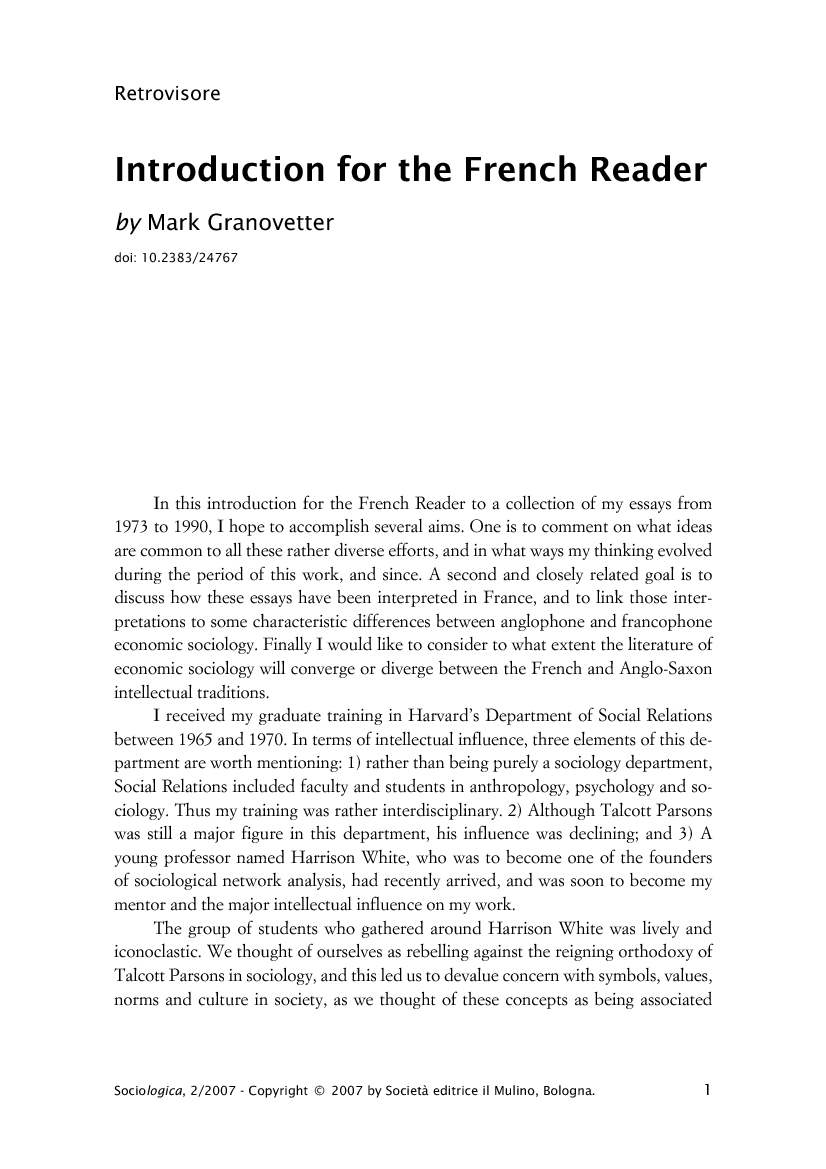