The paper discusses and compares the classifications of sociology advanced by both Boudon and Burawoy. It underlines the limits of the so-called ideal-typical approach of Boudon, suggesting that it represents a rationalization of personal idiosyncrasies and political interventions in the intellectual fields of French, European and global sociology. As a more reflexive account of the discipline, the four-way classification of Burawoy is praised as a best point of departure for both an analysis of the sociological field and a political intervention on it. At the same time, while sympathetic with Burawoy's plea for a public sociology, the paper criticizes it for a too rigid and mechanic separation between instrumental and reflexive forms of knowledge, which seems to reproduce the same faith in the possibility of a "true" Science of society expressed by Boudon (and Goldthorpe). The main point of the paper is however about the usefulness of similar classifications for the understanding of the Italian sociological field, characterized (and deformed) by a lack of professional sociology more than a loose presence in the public sphere. 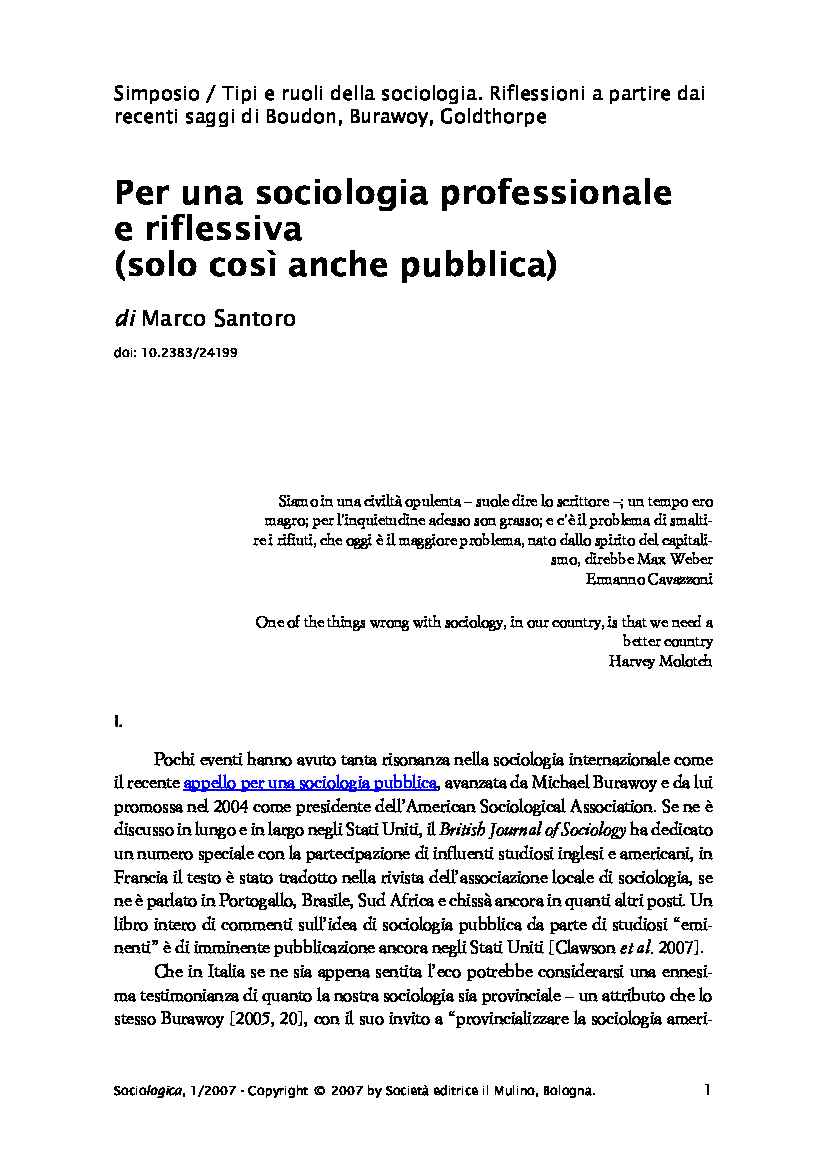