Italy has been at the forefront of the telecommunication and IT industries. However, in the last decades, its competitive advantage has been rapidly fading out. When it comes to IT literacy, diffusion of Internet, TLC infrastructures, Italy is often among the worst performing countries in Europe. In particular, it is way behind with regard to the deployment of the ultra-fast broadband technologies, including the Next Generation Access Network and mobile 4G. This article explores the drivers of the decline, which could be hard to grasp especially for foreign analysts. First, the «dependent variable» is analyzed, that is the supply of broadband and ultra-fast broadband Internet connectivity. The analysis of the decline is then developed through a three-fold interdisciplinary analysis: an analysis of the demand side, focusing on the use of PC and online services by Italian households, companies, and public administration; an analysis of business strategies, assessing the behaviors of the incumbent Telecom Italia e the maverick Fastweb; and, last, an analysis of public policies, evaluating whether and to what extent they have been instrumental in favoring or limiting the diffusion of broadband access 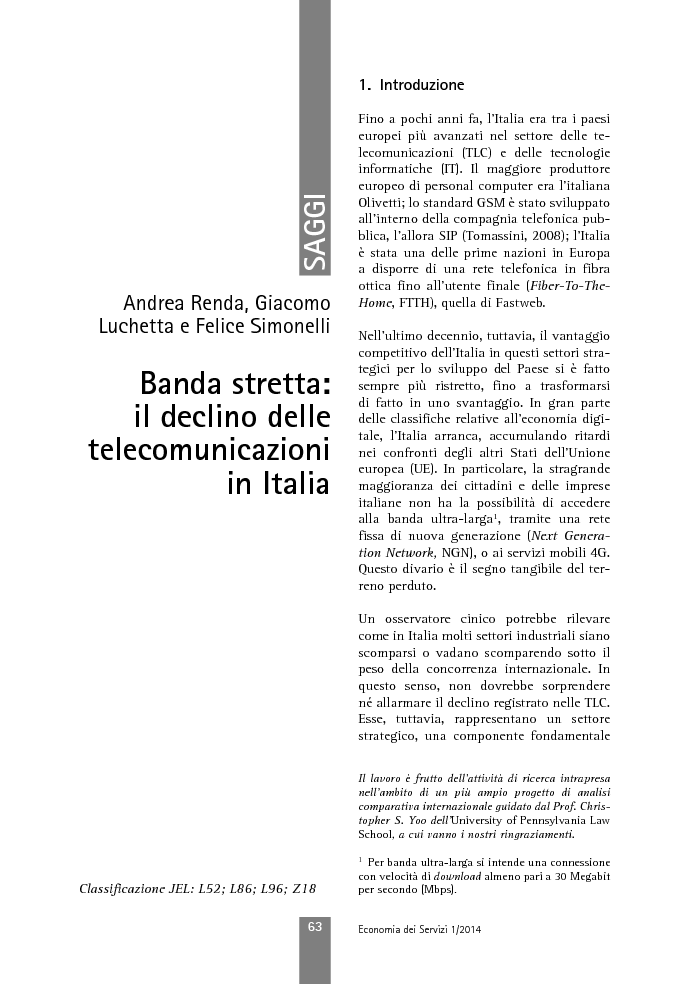