Freight transport in urban areas has become an important social issue due to the increasing level of traffic congestion, negative environmental impact, road traffic safety, fuel consumption. In the last decade, local administrators, as well as national governments, tried to implement a number of projects to modify the current organization of urban distribution (the so called "last mile"), in order to reduce negative externalities. Less pollution, less traffic congestion and a more efficient load factor for vans and trucks can be an effective strategy not only for the environment and quality of life, but also for the urban economy and the attractiveness of city centres. The two most common City Logistics strategies promoted by local authorities are city access restrictions for freight movements and for high pollutant vehicles (special tariffs, time restrictions, etc.), and the creation of public logistics terminals - the so called Urban Distribution Centres, UDC - where it is forbidden for big trucks to enter the city centres. Thus, they must stop into logistics platforms, strategically located outside the city core, where goods are loaded on low or zero-polluting vans running the "last mile" until the final destination. UDC can follow different organization schemes, as the analysis of the cases reported in this article proves. It is not easy to modify a distribution chain resulted from open market forces and consolidated private operators' behaviours. Opposition movements and conflicting interests are very common. Policy makers should then better study the behaviour of stakeholders in order to evaluate the real effects of the policy measure implemented. 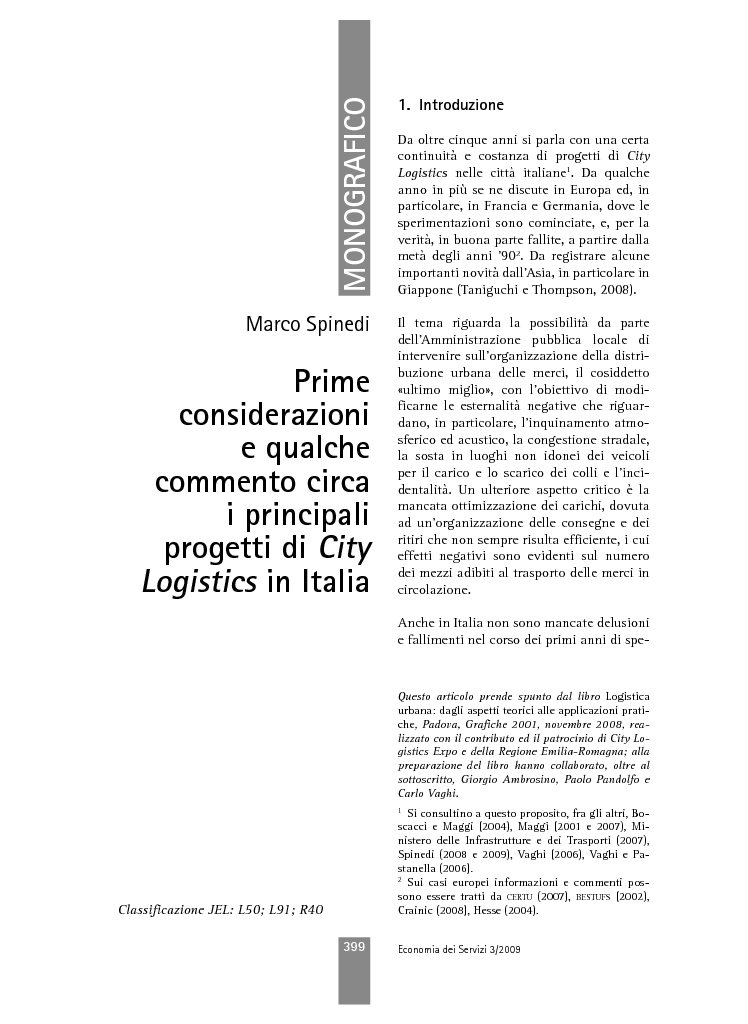