There is a long-standing debate on the consequences of the Walmarting phenomenon, namely the spread of Wal-Mart's business model and the national or global implications of its proliferation. On the one hand, Wal-Mart's business practice is based on optimization concepts from logistic, purchasing and finance to achieve and maintain low prices. However, critics have claimed that the domestic impact of Walmarting is to force local businesses into bankruptcy because they are unable to compete with Wal-Mart's low price strategy. Moreover, it has been argued that the international impact of Walmarting is to force American suppliers to rely on low-wage foreign producers for goods, leading in turn to an unfavorable national balance of trade and contributing to the growth of the American temporary and low-wage little job security employment sector. In conclusion, it is difficult to achieve a unique perspective on the phenomenon as the overall effect of the large retail transformation is country-specific. For example, other things being equal, it will be different if we consider a country, such as US, which primary relies on high-tech sectors, or a country, such as Italy, specialised in low and medium-tech sectors already negatively affected by international competition from low-wage countries. Hence, in this case an appropriate country-specific policy strategy is necessary to combine economic efficiency and social wealth. 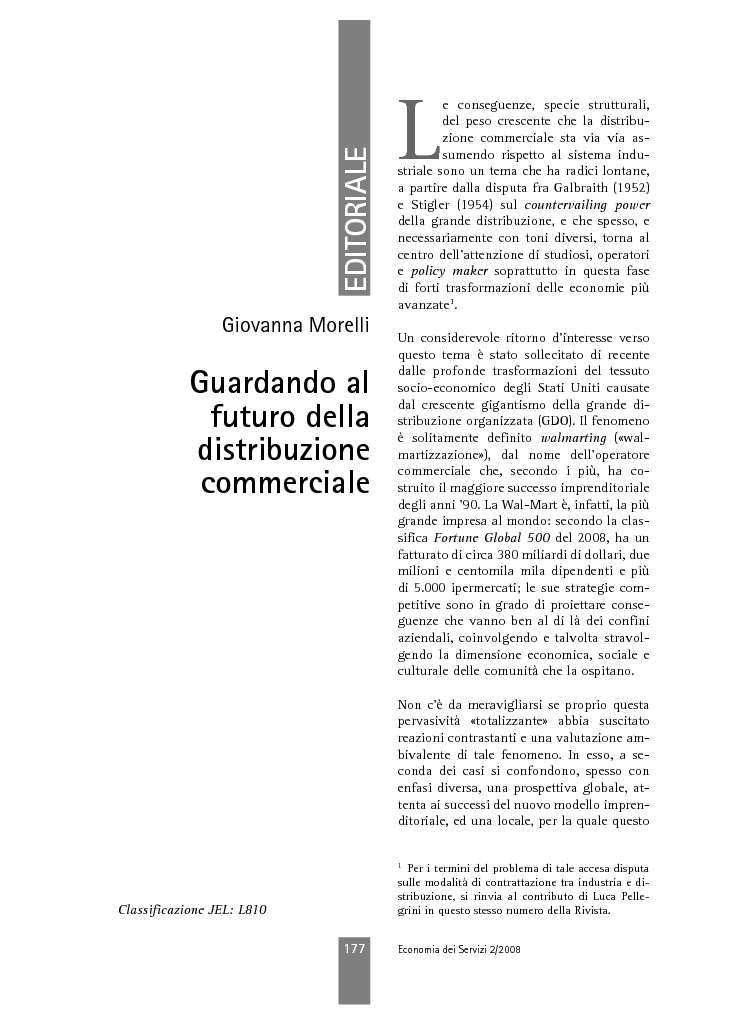