The transformation of European demographics is the result of two main processes: on the one hand, the "extension" of inhabited spaces (without exaggerating, the entire Europe can now be represented as a single, immense urban entity); on the other hand, an apparently contradictory process, namely the "withdrawal" of inhabitants from certain parts of the continent (empty and abandoned urban areas that are the remnants of the large industrial and urban services districts that characterised the 19th-century cities). Another observable phenomenon is the invasion of a multitude of "singular buildings" scattered throughout the inhabited area, which collectively create new landscapes and alter the sense of the existing landscapes. The "grammar " of the new city is constituted by numerous small, basic architectural forms: detached houses built next to warehouses, terraces next to large shopping centres, and so forth. On close inspection, however, it becomes clear that in this multiplicity there is not chaos, but rather the haphazard repetition - both inside and outside the city - of a very small number of ways of putting these solitary fragments together. The "syntax " of the new European city is, then, made up of just a few rules that are used to orchestrate a mass of single buildings. Today, Europe seems a "single, enormous city ". Designing urban life in Europe means, first and foremost, getting to grips with this "dilation " of the cities, and putting in place local authorities that have what it takes to deal with this new dimension of European urban life on a suitably large scale. In the same way, enhancing urban life in Europe means, on the one hand, expanding public infrastructures, and on the other, making most historical centres as "stone 'sponges'". Nowadays, feeling European means being a citizen of a continent as well as a citizen of a city, aware that this dual "citizenship" is something that is now shared by millions of men and women throughout Europe. 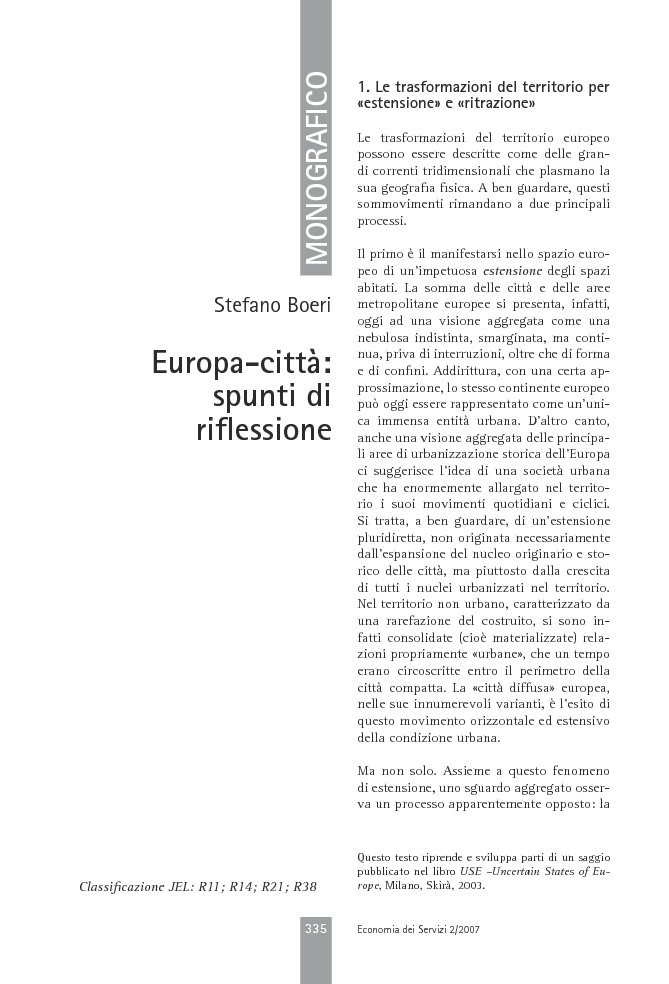