At the end of a detailed discussion about the passions of the soul, in Tusc. Disp. IV, 33, §70 Cicero puts forward and criticises the Stoic concept of amor amicitiae. After steering the conversation towards Veneriae voluptates, he argues against those philosophers who «say that love has no part in debauchery». This paper aims to investigate the notion of ἔρως φιλία with regard to both Cicero's Stoic sources (particularly Diog. Laert., VII, 129-30), and previous philosophical and literary contexts where this expression occurs. The analysis is focused on Socrates' mention of ἔρως φιλία in Xenophon's Symposium (in the context of the opposition between «love for the body» and «love for the soul»: VIII, 10) and on Archilochus' fragment 112 (Diehl), which refers to the cognate notion of "philotetos eros". The above-mentioned texts and contexts are examined and compared, so as to detect variations in the use and the meaning of the peculiar notion of "love of friendship". 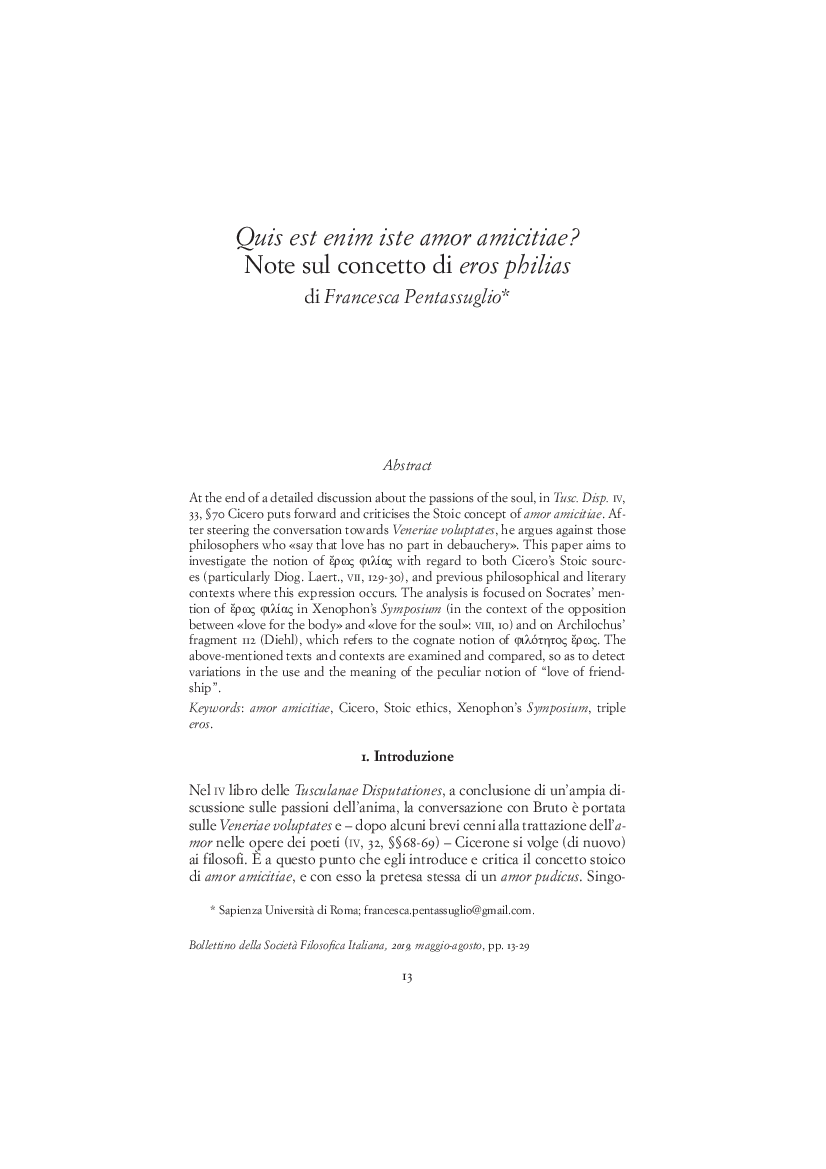