Not all German scholars served in the armed forces in the Great War; many of them fought through their writings and speeches. Among philosophers, too, we find a fair number of war propagandists. This paper deals with the nascent subdiscipline of the philosophy of science, drawing on correspondence and diaries. The most important young philosophers of science (the oldest was 33) either reacted with naïve enthusiasm (Rudolf Carnap, at least initially), or opposed the war (Moritz Schlick, Otto Neurath, Hans Reichenbach), or were completely apolitical and preoccupied with themselves (Hugo Dingler). The only war propagandist was Heinrich Scholz. During the war, however, Scholz was still a theologian, who switched to the philosophy of science only after the war - after reading the "Principia Mathematica" of the pacifist-inclined Bertrand Russell. Among the German scholars of the time, we find a feeling of being collectively humiliated by the rest of the world. This presumed humiliation they took as justification for war. I see alarming parallels to sentiments with scholars in present day Russia and in large parts of the Islamic World. 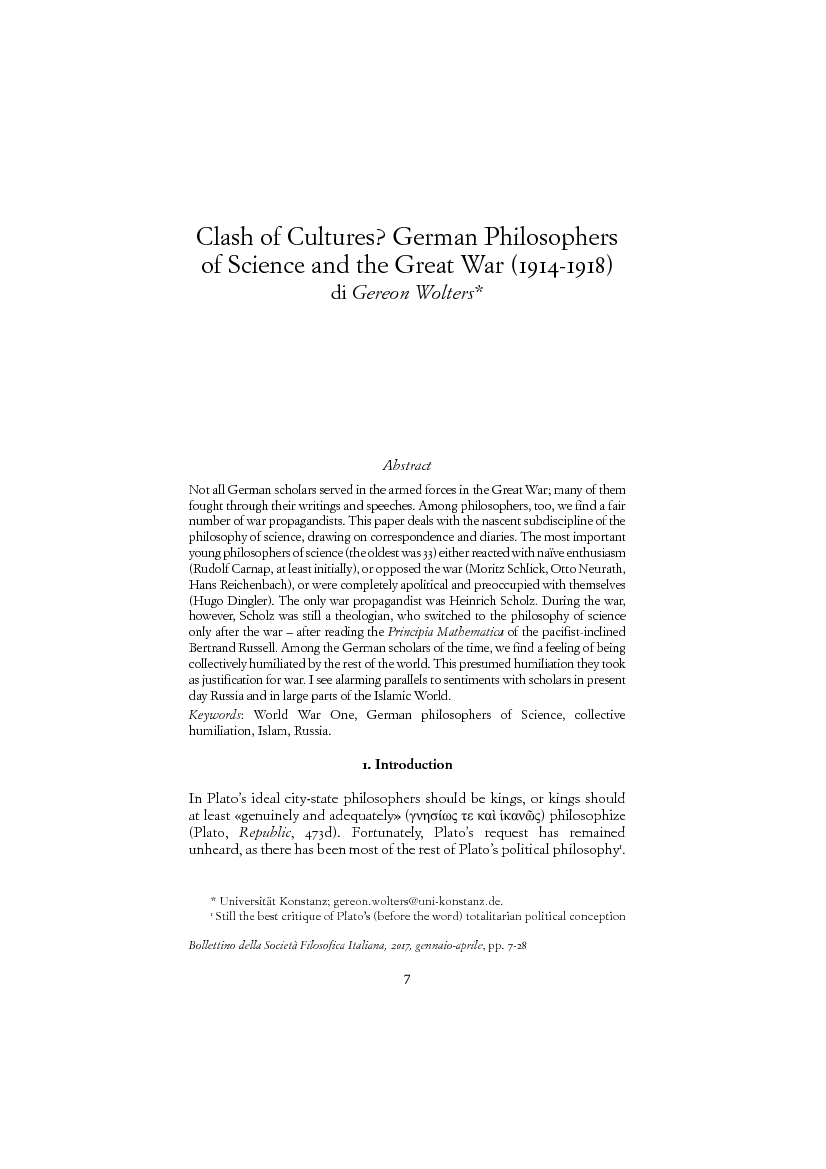