In this article, I examine Italian cinematic realism as displayed in Antonio and Marco Manetti’s Ammore e malavita (2017), a successful hybrid form of Italian comedy, action movie and musical. I will discuss Ammore e malavita’s portrayal of a local culture and its unusual plot, which relies heavily on a novel combination of both realistic and unrealistic effects. After considering the film’s problematization of widely accepted stereotypes, such as the supposed criminal nature of Naples and its inhabitants, I will argue that its tight intertwining of reality and fiction, moves spectators away from a world of negative clichés toward one that is more dynamic and positive. 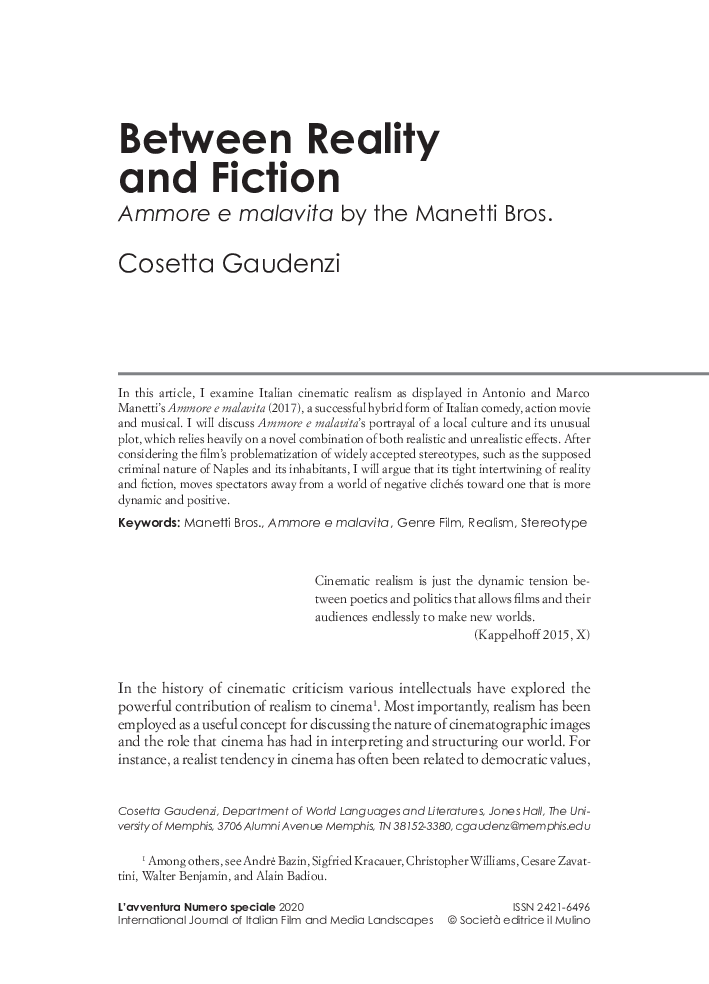