With this essay, regarding the theme of representation and interpretation of reality and fiction in audiovisual production in Italy in recent years, we want to reflect on the issue of the productions of live television films, and in particular the film opera broadcast live on television, a series of particular spectacular fictional events that have mixed several visual arts typical of Italy. The analysis will span from 1992 to 2012, when these particular forms of hybrid television productions were introduced between opera, cinema, theater and television by the producer Andrea Andermann. We want to compare two lyrical works broadcast live on television: Tosca in the setting and at the times of Tosca in 1992 and La Traviata à Paris in 2000. 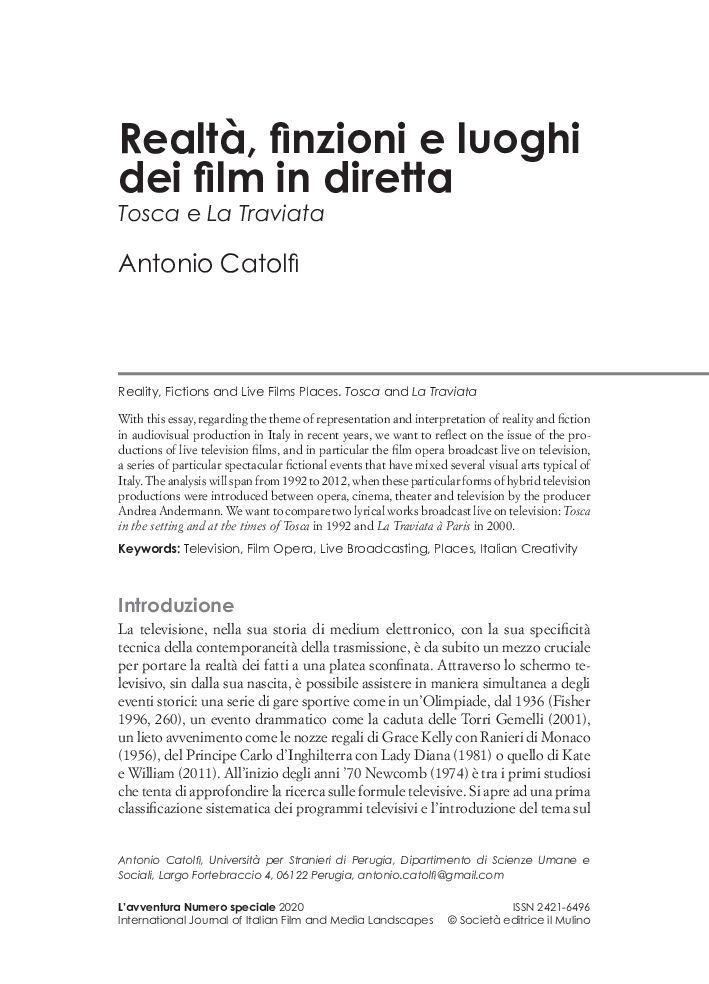