Pierfrancesco Favino is perhaps the most versatile and flexible among Italian contemporary actors. He is appreciated both by the critics and by the audience of the Sanremo Music Festival, and the Italian media have labelled him «an atypical sex symbol». From the beginning of his career, Favino has alternated genre cinema and auteur cinema with Hollywood blockbusters, without losing that continuity of image that is indispensable to every movie celebrity. In this essay, I aim to analyze not only Favino’s relationship with his work, which is understood as both as an artistic practice and as entertainment, but also the affinity of his image with some of the most popular models of masculinity in contemporary Italian cinema: the fragile man (L’uomo che ama, L’industriale), the sensitive homosexual (Saturno contro), the tough man (ACAB), the «inetto» (Posti in piedi in paradiso) and the hero (Gino Bartali. L’intramontabile). 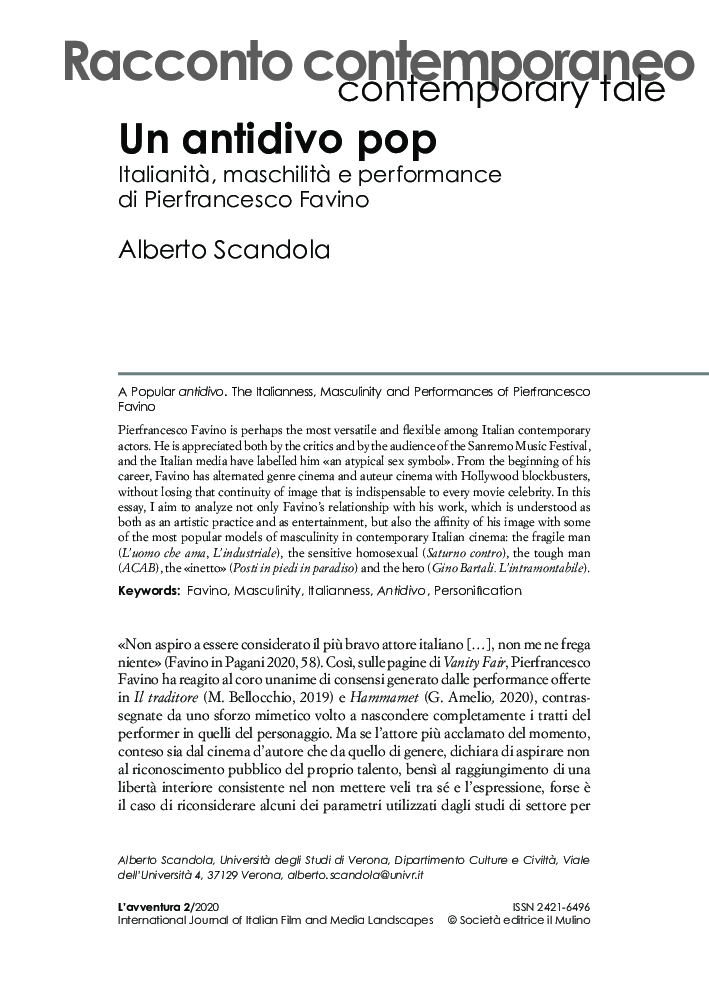