The Italian filmmaker Mario Bava was an influential master of genre films. Perhaps his most seminal contribution was to the American slasher films of the 1980s, in particular the Friday the 13th series, which paid overt homage to Mario Bava’s Reazione a catena (1971). While the similarities and borrowings have already been discussed elsewhere, this article examines the differences, through a comparative formal and stylistic analysis, between Friday the 13th (S.S. Cunningham, 1980) and Reazione a catena. It focuses specifically on the impalement scene in Friday the 13th Part 2 (S. Miner, 1981), which was borrowed almost verbatim from Bava’s film, but which makes substantial and meaningful changes. 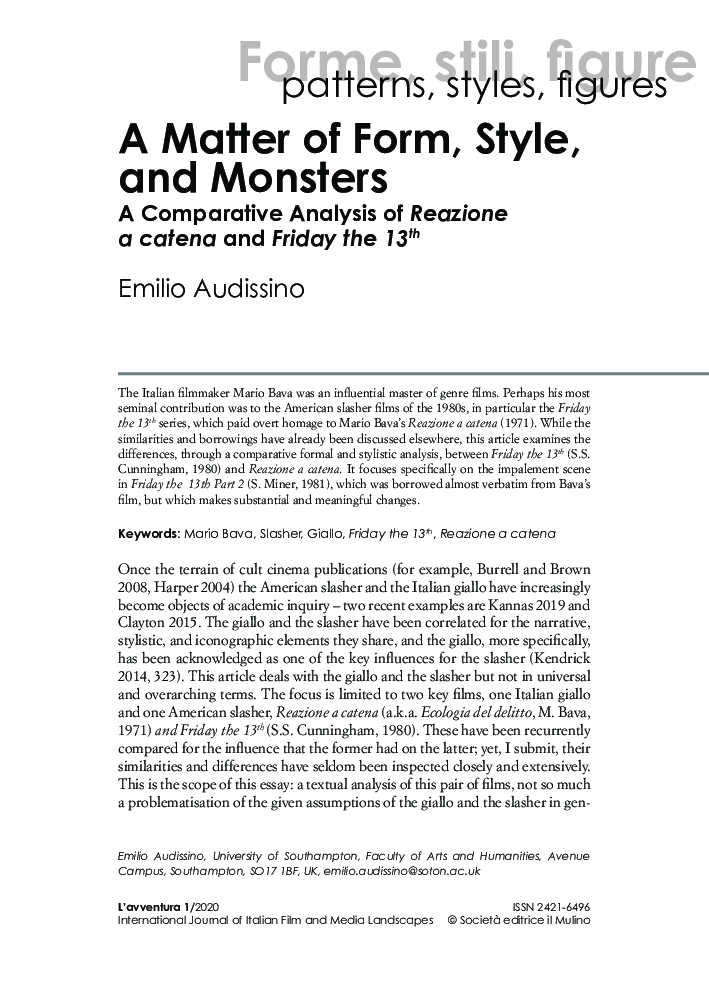