The "cineromanzo" is a publishing operation born in Italy between the sixties and seventies, which consists in the novelization as comics of contemporary films. This essay seeks to analyse three important examples of the "cineromanzo" - "Star cineromanzo gigante", "Superstar cineromanzo gigante" and "I vostri film" - all of which are associated to the same creative director, Franco Bozzesi. The first part is dedicated to the comics, their structure and their thematic evolution. In the second place, the analysis focuses on the iconographic apparatus, composed of film frames and stars portraits. Eventually, the paratextual sections, such as the "piccola posta", are studied. 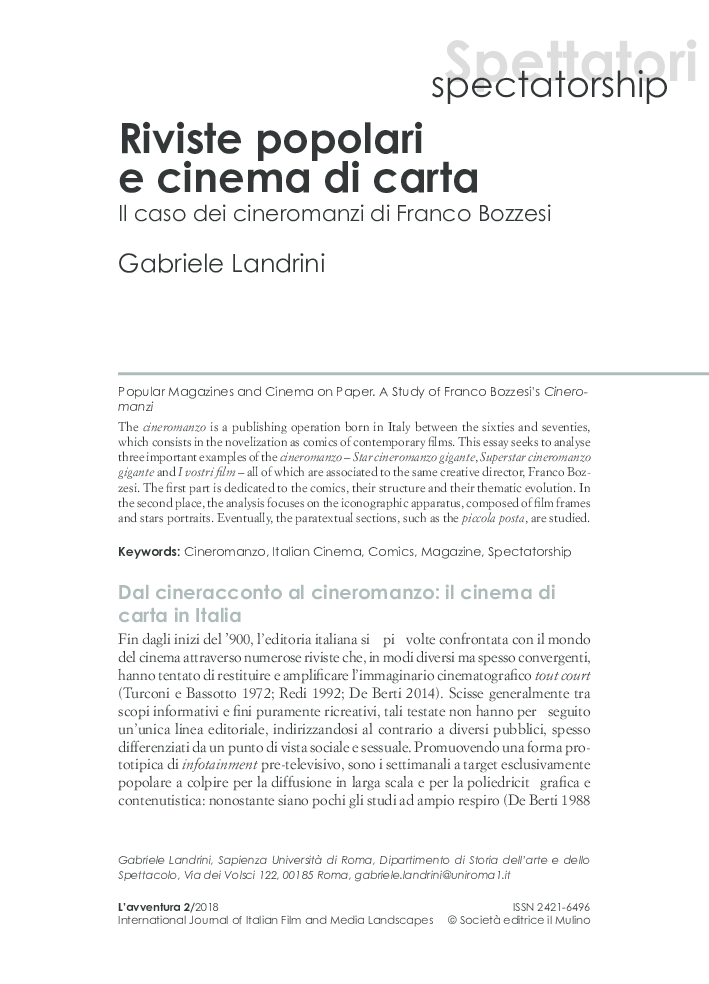