This article focuses on the figure of the "latin lover" as it is represented in the eponymous movie "Latin Lover" (C. Comencini, 2015). Regardless of the critical response to the film, it is a significant example of the Italian intellectual comedy, an «auteurist» version of the comedy genre and therefore different from more popular film production linked to the national star system (with its stars such as Checco Zalone, Claudio Bisio, Alessandro Gassman, Marco Giallini, Ficarra and Picone and Alessandro Siani). In particular, the film is useful in order to analyse the nostalgia for masculinity, and the forms of stardom that permeate contemporary Italian cinema. 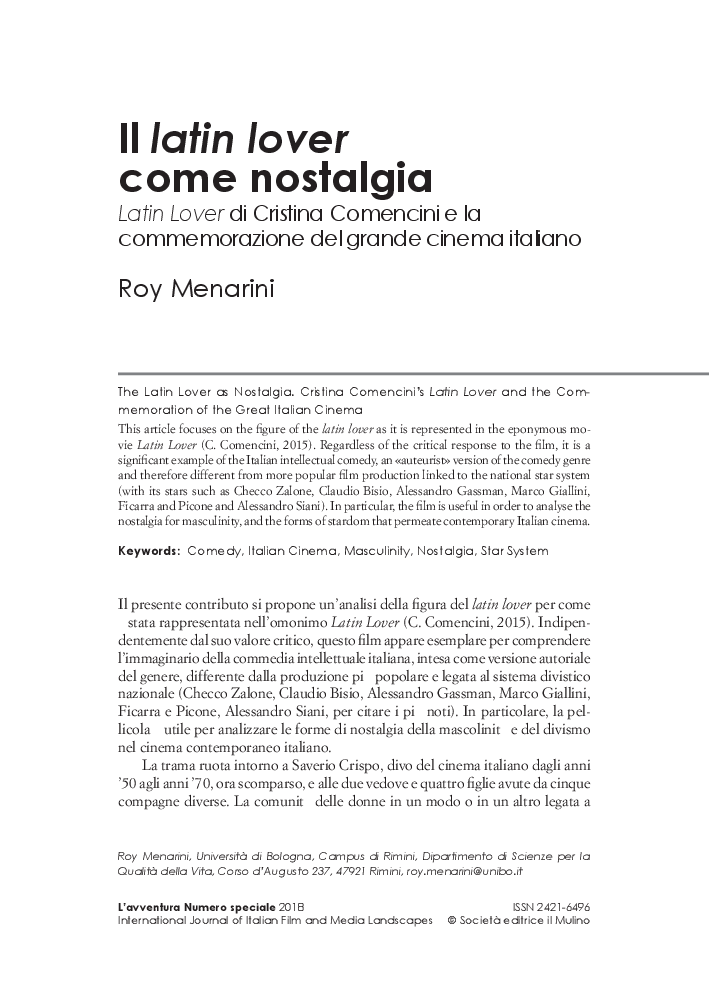