This paper aims to demonstrate that the shift in Rossi Stuart "persona", from teen-idol to a thoughtful, withdrawn and committed actor, appears as such only if we take as a reference his roles in Italian auteur cinema: otherwise his "star persona" appears to be under the sign of a strong and subjugating image, that of the mysterious "latin lover", a man constantly struggling against his dark side. This image should be traced onto his roles in crime movies and onto the cinematic image as defined by his work with Michele Placido: the specific style of Rossi Stuart's acting, which is particularly effective in stories revolving around the body and physical action, creates an original and recognizable male type. Kim Rossi Stuart's "latin lover" highlights his fragility without concealing his physical beauty nor the dark aspects of the characters, suspended in between good and evil, that he has embodied since his first films. 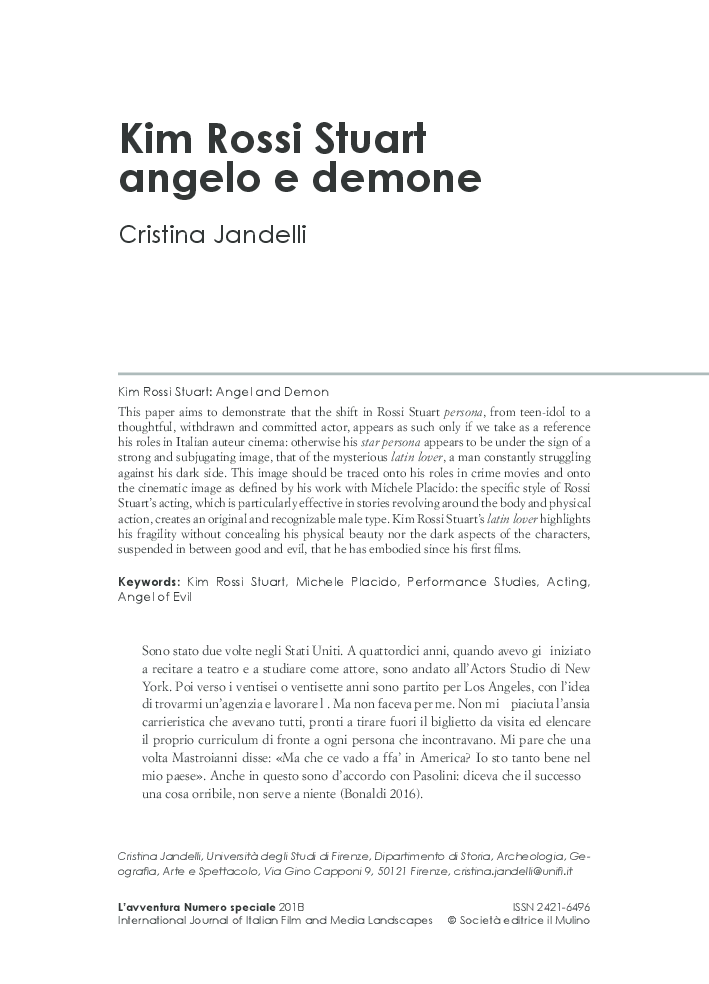