"Buone notizie" (1979), the last movie directed by Elio Petri, was read by the critics of its time as a movie about alienation and the advent of a television-driven society. A complex and multi-layered movie, which since then has been seldom analysed, is studied in this article in relation to the theme of the crisis of masculinity and the portrayal of sex in an age where hard-core pornography became mainstream. Petri dialogues with the genre structures of the commedia and with audience expectations, though he ultimately overthrows both, opening up new spaces of visibility. In the "société du spectacle", all has become visible, but for this very reason the supremacy of the male is also broken. 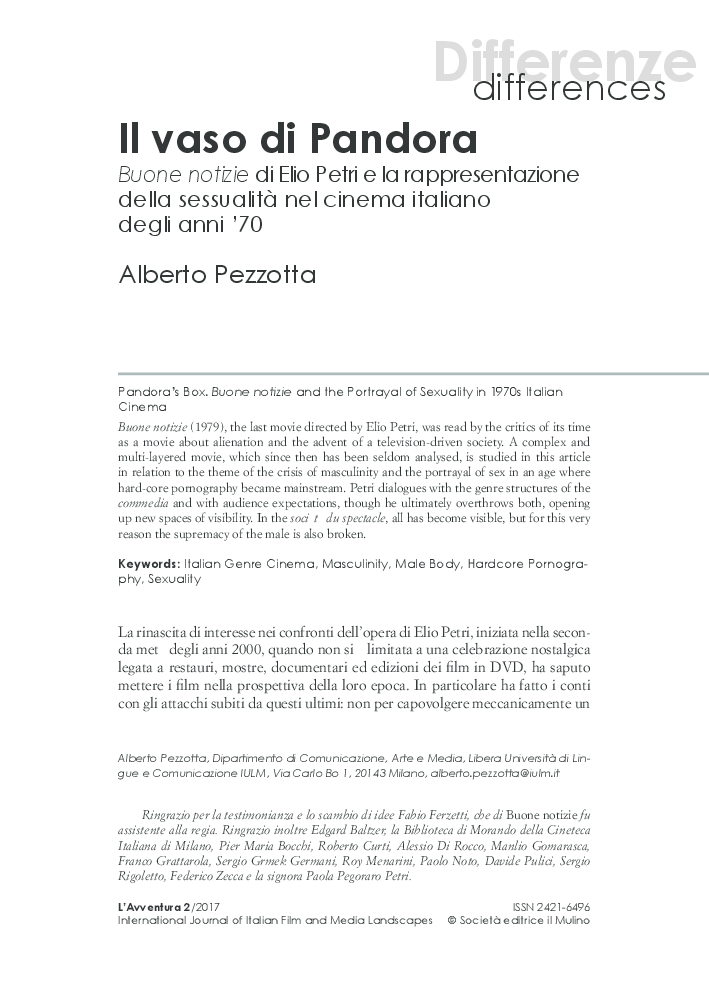