Classical Hollywood cinema has always exalted youth and beauty, while pushing old age to the sidelines. The last scene of "Sunset Boulevard", where Nora Desmond walks down the stairs of her villa, has become part of the collective imagination: the feminine body of the silent star descended into madness to escape the contempt and forgetfulness of the film business. In recent years, the social sensitivity towards old people and their media coverage has increased, and cinema seems to have discovered a passion for the aged body. The presence of mature or old female stars is no longer a taboo, but an element to be valued. This article focuses on the documentary genre and dwells on a specific film that has not received the attention it deserves: "The Last Diva" (G. Mingozzi, 1982), devoted to the Italian star of the silent film Francesca Bertini. The analysis will highlight Mingozzi's "mise-en-scène" of the feminine, aged body and, at the same time, draw attention to the complexity of Bertini's performance in relation to her star image and old age. 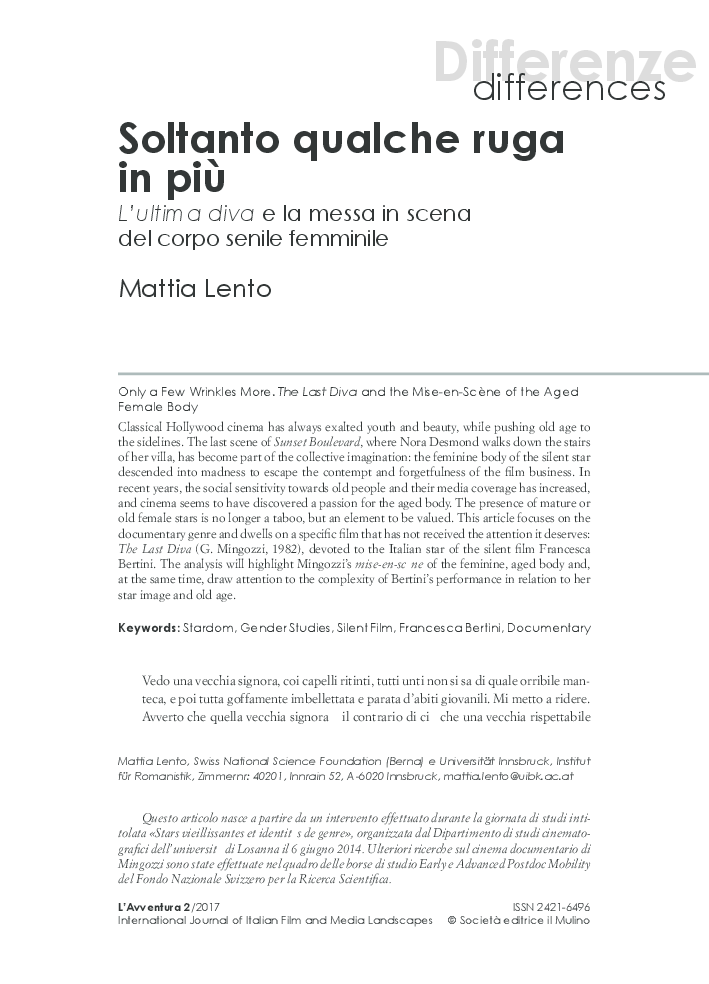