Scholarly understanding of Bellocchio's debut film has given emphatic importance to his main male protagonist; this essay intends instead to point out that Giulia, the embryonic figure of Bellocchian women, plays an equally important role in relation to gender dynamics that, in this fatherless family, unfold in a disruptive way. A weaver of stories, alliances, destinies, and with a fatal power as the antagonist of the world of the Law, the words used by Maurizio Grande to approach the female figures of tragedy relate her to the Orestean Electra, to the darkness of the bond with maternal involved in the choice of matricide. She also embodies genre uncertainty, through her virile conduct and in her love for the brother, as feminist scholars as Irigaray, Jacobs, Scott have sought in different ways to comment. However, she also embodies the desires, behaviours, and contradictions of the next generation of women and actresses, among them Pitagora, who only at the end of the sixties will be able to find a more complete expression. 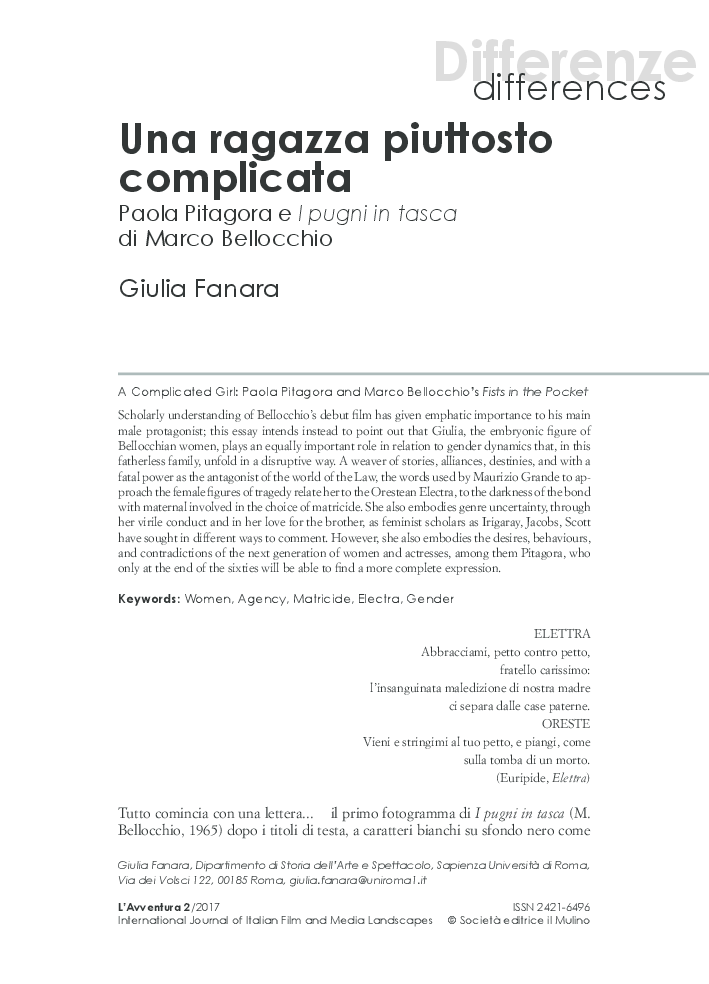