The essay analyzes two unrealized projects by Renato Castellani, both belonging to the science fiction genre and both dating back to the last phase of the director's work. In the first, "Bontà" (Goodness), the subject for a movie in which Vittorio Gassman was due to star, Castellani uses the science fiction genre as a critique of modernity. In the second, "La cupola" (The dome), which was possibly designed for television, Castellani was inspired by Ray Bradbury's "Martian Chronicles". The result is an essentialist work, focused only on two characters trapped in an isolated environment. 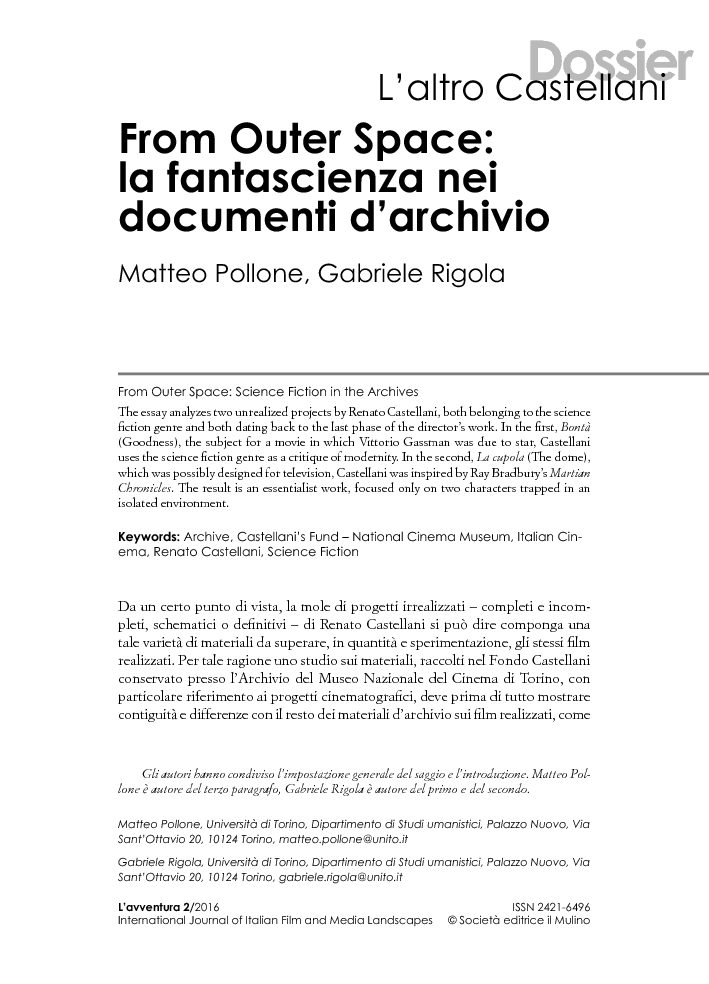