The work of screenwriters is much less studied than the work of film directors. Of course, according to «auteur theory» the director is the major creative force in a film. In Italian comic films between the '40s to the '60s, screenplays were written by several writers, creating a retrospective problem: how we can distinguish each individual contribution today? Furthermore, in Italian comic films screenwriters were effectively at the service of the protagonists: they adapted their jokes and gags to the character of the comedian and to his style of improvisation. Even in this context, the personality of some screenwriters is visible in the scenes of the films that they wrote. Marcello Marchesi, a renowned humorist, was one such writer. The aim of the article is to identify the recurrent themes in the scripts of Marchesi and to show his idea of comedy. The sections of the article focus on: the presence of advertisement and mass media in his films, the relation between dreams and reality, the allusions to fascism and anti-fascism, and the contraposition between Milan and Rome. Marchesi's inspiration came mainly from funnies and from Hollywood films: he pursued an idea of comedy that was not influenced by the dominant cinematic mode of neorealism. 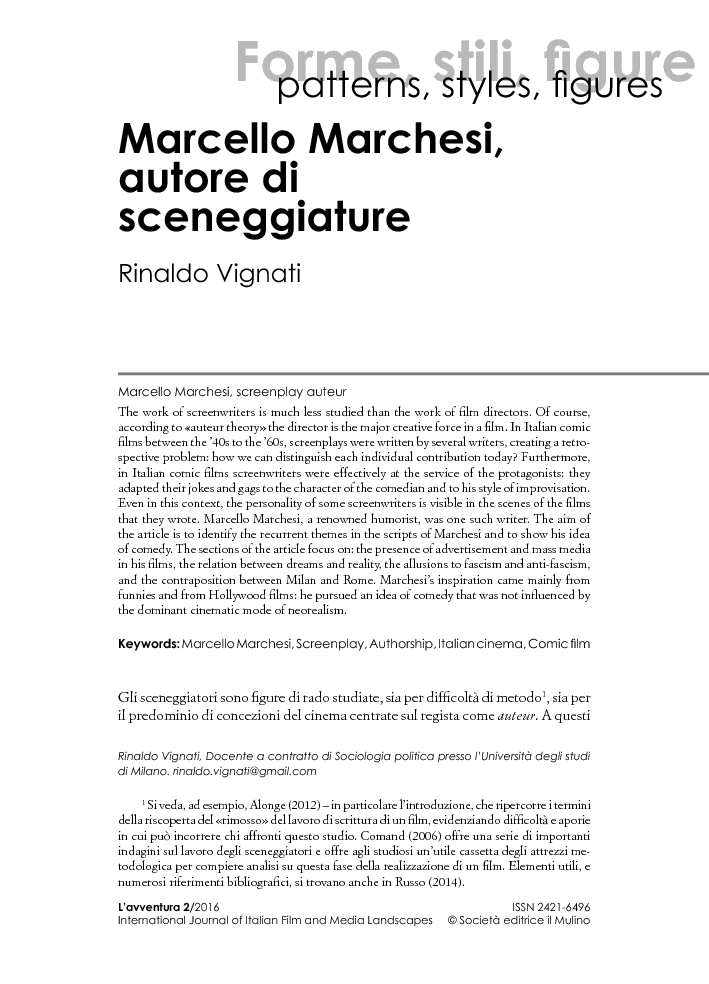