The twofold purpose of this article is to understand the relationship between cinematic imagery and artistic production, and to question how cinematic imagery can affect the transformation of an urban space. Its starting point of my investigation is Federico Fellini's 1983 film "E la nave va". In the early 1980s, Ancona, a provincial Italian region by the Adriatic Sea, was the background of a very special encounter between Valeriano Trubbiani, the sculptor, and Federico Fellini, the film director. In 1992 Trubbiani created a group of sculptures representing a rhinoceros with her calf, that was based on ideas he had developed during his collaboration with Fellini. Despite the fact that the sculpture seems to be completely unrelated to the urban context that surrounds it, the intention of the artist appears to have been to provide continuity to the film, both temporally and spatially. 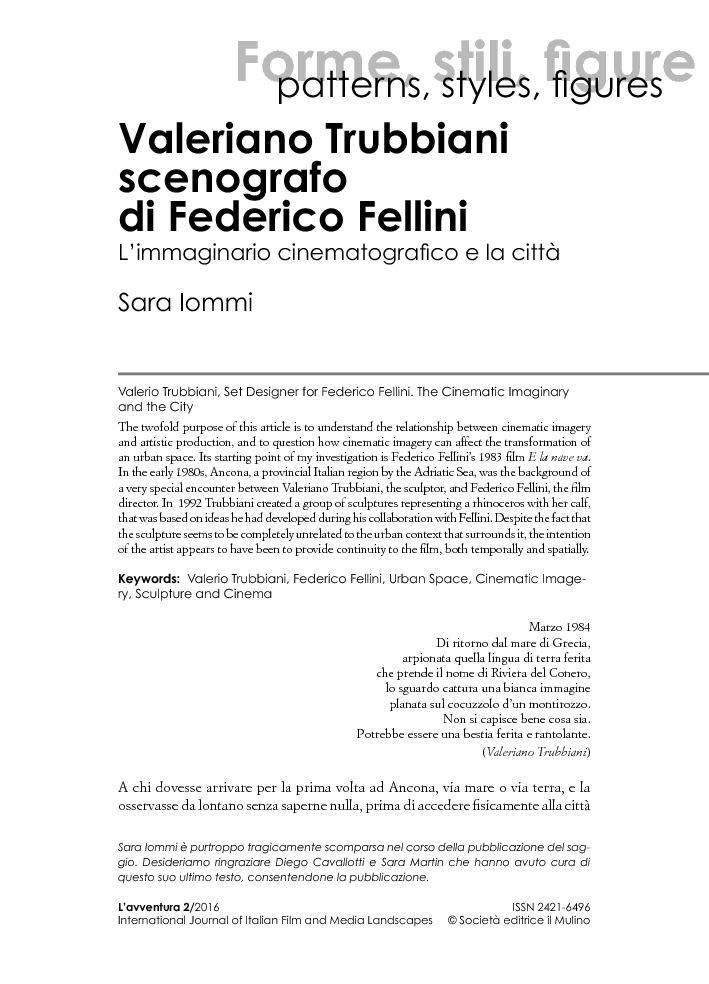