In line with a trend that characterizes contemporary animation production more broadly, in Italy, over the last two decades, leading film actors and actresses have been cast to dub the characters of animated movies. However, existing scholarship addressing A-list Italian film stars and their personas completely has neglected these vocal performances, considering exclusively the roles that they have played in live-action films. The essay attempts to fill this gap by focusing on the vocal performances for animation of two female film stars that have repeatedly lent their voices to animated figures: Paola Cortellesi and Luciana Littizzetto. In particular, it is argued that such vocal performances have played a significant role in the (re)negotiation and consolidation of the defining traits of their star personas 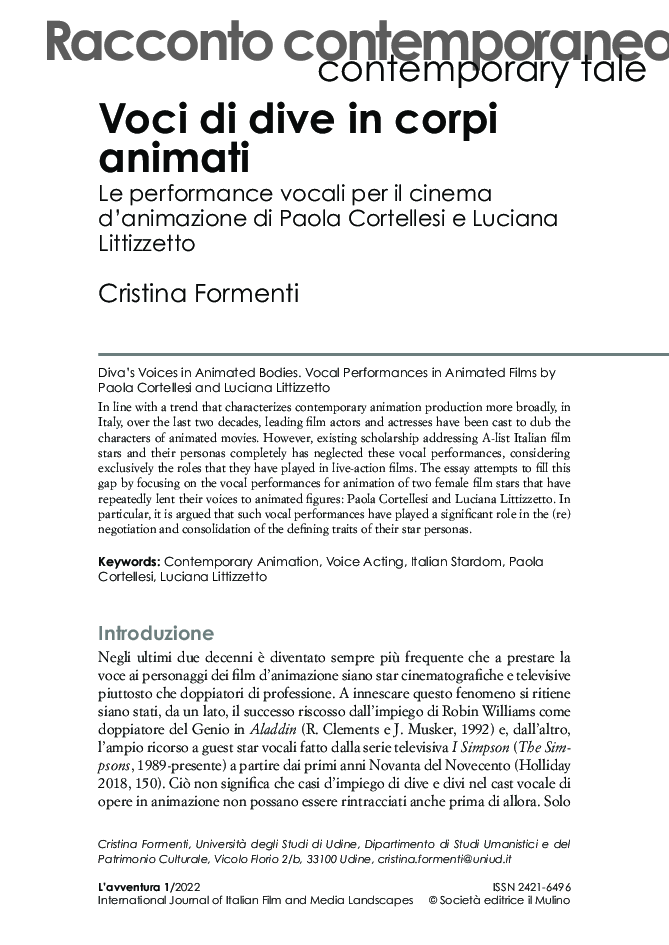