During the 1950s the Mediterranean landscape was transformed by mass tourism; Capri, the island of myths, followed the same fate, becoming one of the most explored subjects of fiction and non-fiction cinema, in newsreels, documentaries, and comedies with a seaside theme. However, the metamorphic nature of this island continued to characterize its narration, poised between two extremes: a postcard image and the representation of a reality that rebels against the power of its stereotype. In this sense, the depiction of Capri relates to the broader Italian identity, which, in a changing world, was suspended between tradition and modernity, conformity and breaking the rules 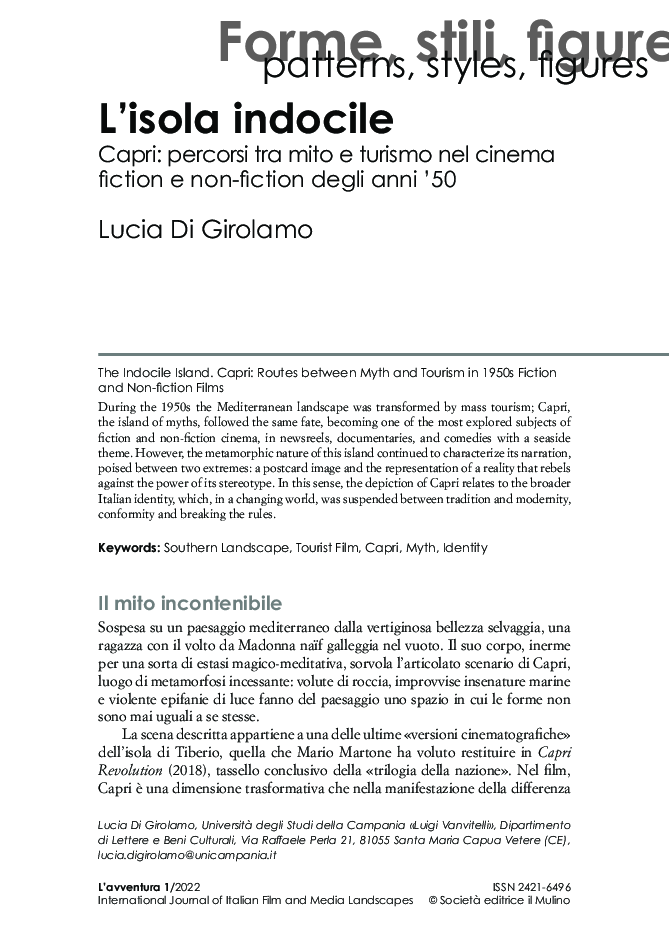