Stemming from the field of production studies (Caldwell 2008; Mayer, Banks, Caldwell 2009; Barra, Bonini, Splendore 2016), the essay presents some methodological notes on the study of a set of audiovisual media – namely, Archivio Luce’s newsreels – within the Prin project Modes, Memories and Cultures of Film Production in Italy (1949-1976). First, the essay details the methodological tools adopted to select materials and to make an inventory of them, highlighting the main issues to emerge concerning the use, in a collective research project, of communal tools for different documents. Second, starting from a first, preliminary investigation, the essay proposes a few general observations about the main stories and representations of the film industry offered by the newsreels of the years 1949-1954, focusing in particular on the representation of specific worker categories, such as producers. Finally, the article suggests briefly further lines of inquiry for a research project that is still in progress. 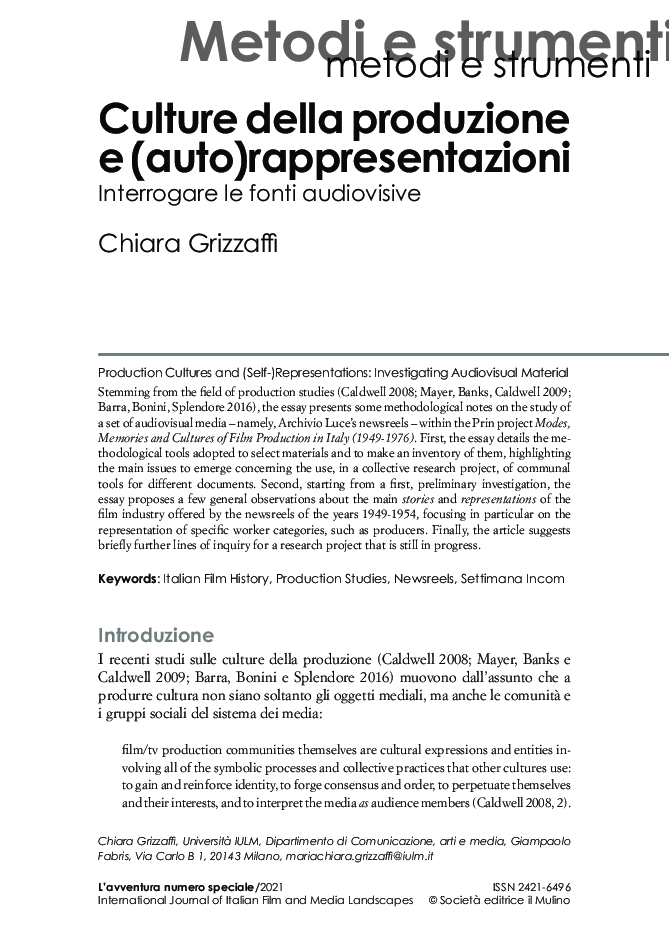