Within the research project «Modes, Memories and Cultures of Film Production in Italy (1949-1976)», and in the theoretical framework of production studies, this essay aims to analyse, among the discursive practices that revolve around the film industry, the audiovisual representations of the figure of the film producer as s/he appeared on Italian television from its origins to the second half of the 1970s. This article presents the findings of research conducted in the archives of the Teche Rai. It illustrates how this research revealed a handful of dominant generic codes (comedy, parody, caricature) in the representation of the producer; it also details a series of methodological questions regarding the proper interpretation of the archive material itself. 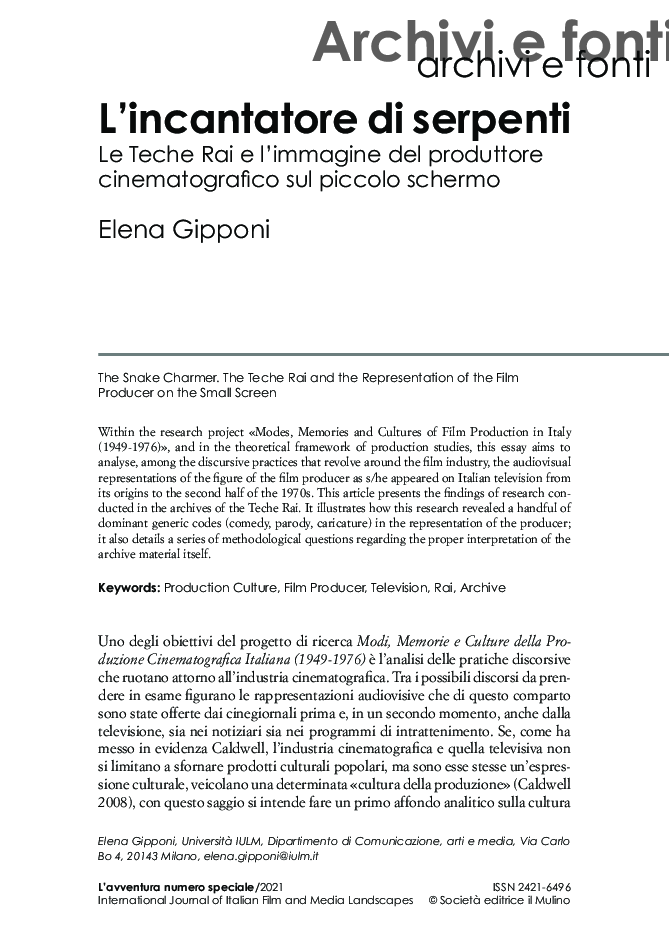