In the early ’30s, in Italy, theatre for the radio was an unpopular genre both among critics and for the public. Therefore, the EIAR sought actively out renewal, and changes occurred over the span of about ten years, thanks to young authors working in the «radio revue» subgenre. Federico Fellini was among these authors. He contributed to the renewal with his fantasy, irony and humanity. Although often forgotten, as they were unpublished, Fellini’s radioscripts already show evidence of so-called «Fellinian» surrealism. 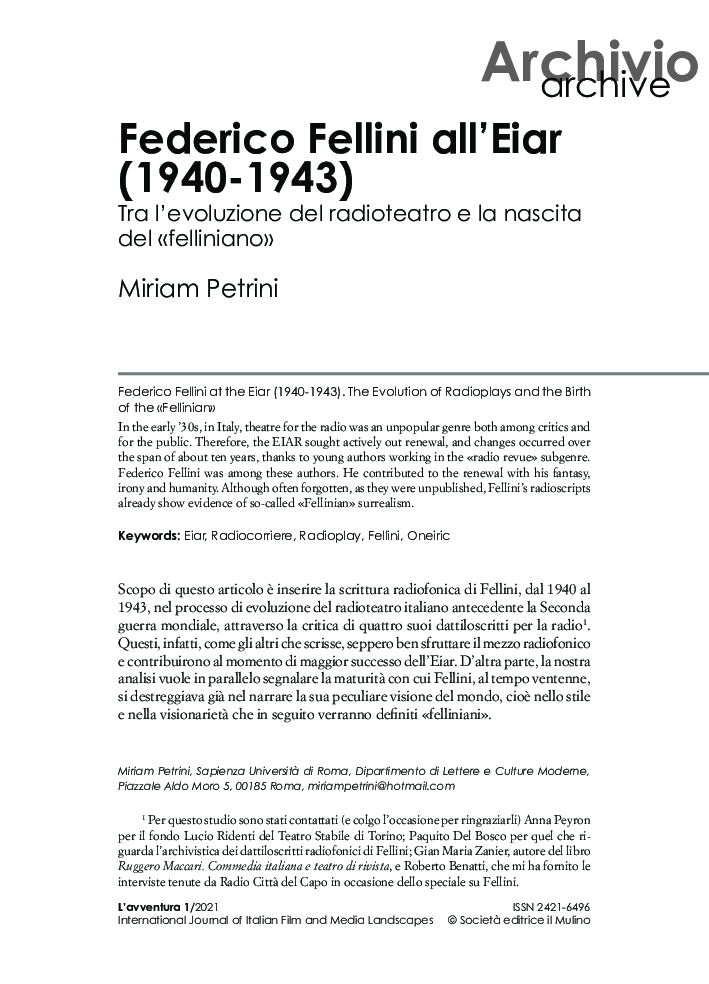