In 1800s’ Vienna, there was a large Jewish community which, over the century, played a significant role in the city’s economy and culture with certain of its members being internationally recognized in literature, playwriting, philosophy, medicine and music. Instead, its great jurists of the second half of the century have enjoyed little recognition as well as being overlooked by historical research. Among the community’s great jurist are Joseph Unger (1828-1913) and Julius Glaser (1833-1885), both of whom deserve recognition for their innovative work and the important roles they played in the reform of the Law Faculty. Both enjoyed brilliant careers and rapid rise to major positions in the university and public institutions, and their contemporaries considered them the leading players in the reform of Austrian law as well as being two of the leading European jurists of their time. The paper illustrates the fundamental stages in their lives, underlining major commonalities. Bound by their close friendship and driven by liberal ideals, they participated in the upheavals of 1848, and both became professors of law, civil in the case of Unger and penal in Glaser’s case, shortly after graduating. Between 1871 and 1879, they were ministers in the Auersperg government, and in the context of university teaching, they made important contributions to the radical restructuring of law teaching. University reform was passed in October 1855 by the minister Leo von Thun-Hohenstein who, inspired by the German school of history, made radical changes to the curriculum. He eliminated natural law, which until then had been a cornerstone of law studies, and gave greater importance to Roman law, canon law and the history of German law. 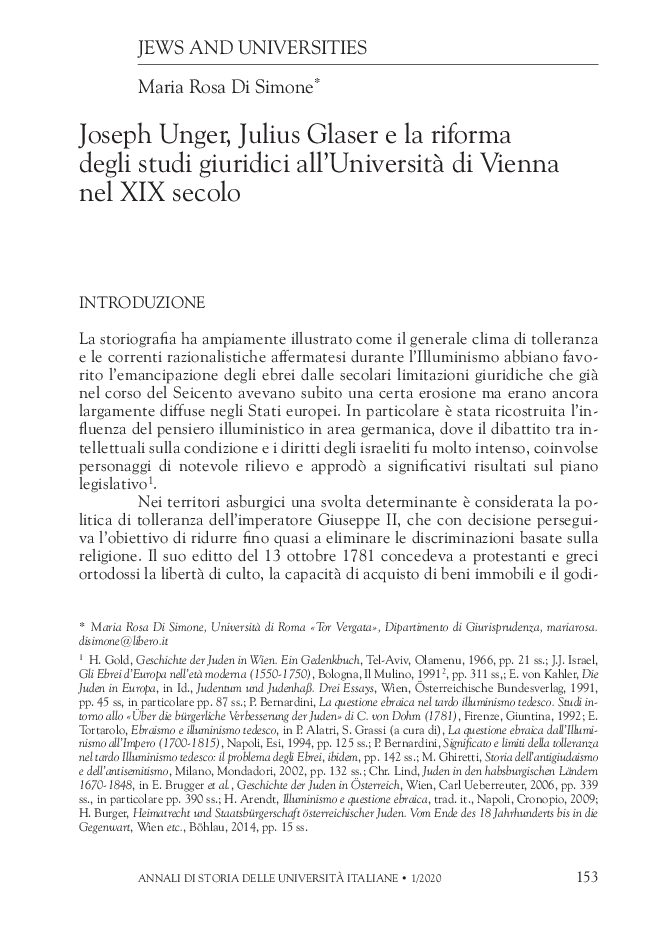