On January 31 439, a constitution promulgated by emperors Theodosius and Valentinian excluded «forever» Jews from public office and other dignitates. This constitution, inserted in the Code of Justinian, followed by similar laws introduced by the Church, remained in force for fourteen centuries. During the Middle Ages, jurists posed the question as to whether the ban on holding public office meant, for Jewish students, a ban on studying for university degrees. Initial doubts were soon resolved. It was in the opinion of jurist Bartolo da Sassoferrato (1313/14-1357/58) that since the licentia docendi acquired upon obtaining a degree also entitled doctors to jurisdiction over their students (according to powers sanctioned by the 1155 Habita constitution of Barbarossa), Jewish students could not graduate, otherwise they would acquire an unacceptable potestas over Christian students. Being unable to study for degrees meant being excluded from pursuing numerous professional careers, among which careers in law. The ban on Jewish students from graduating would be applied for centuries to come. Introduced by pope Pius IV in 1564, the obligation for graduating students to swear the professio fidei of the Counter- Reformation (1564) would see the ban extended until the end of the eighteenth century. 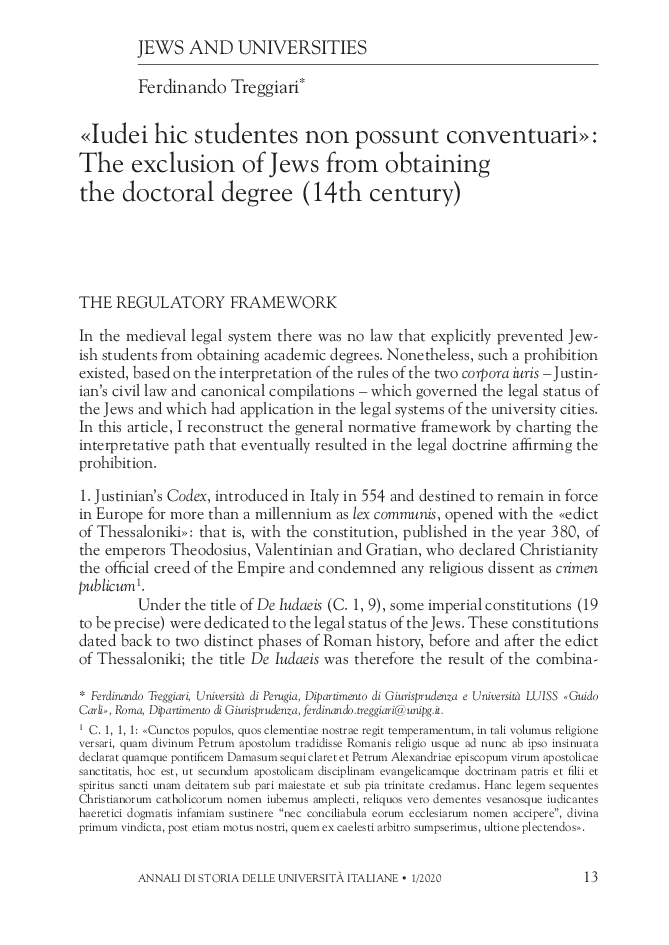