This paper intends to analyze, through a case study of the Bologna branch of the SAIS (Washington- Johns Hopkins), the ambiguous nature of the «cross-fertilization» policy in the scientific and academic spheres during the Cold War years of the 1950s and 1960s. The declared aim was to bring the two sides of the Atlantic closer by means of a teaching programme for the élites based on academic disciplines and methodologies common to west Europe and the United States - international relations, area studies, and political science in the case of the SAIS in Bologna and Washington. The programme was promoted by private philanthropic foundations (Rockefeller and Carnegie) not only prior to the Cold War but also before the Second World War. The advance of communism in France and Italy led to the involvement of the State Department in the late 1940s in an undertaking that, from being cultural and scientific, became also political. Debate on the funding of the Bologna branch between the Ford Foundation and leading players of US cultural diplomacy in the 1960s provides an optimal observation point from which to gain an understanding of the interrelationship between diplomacy, science, politics and culture. 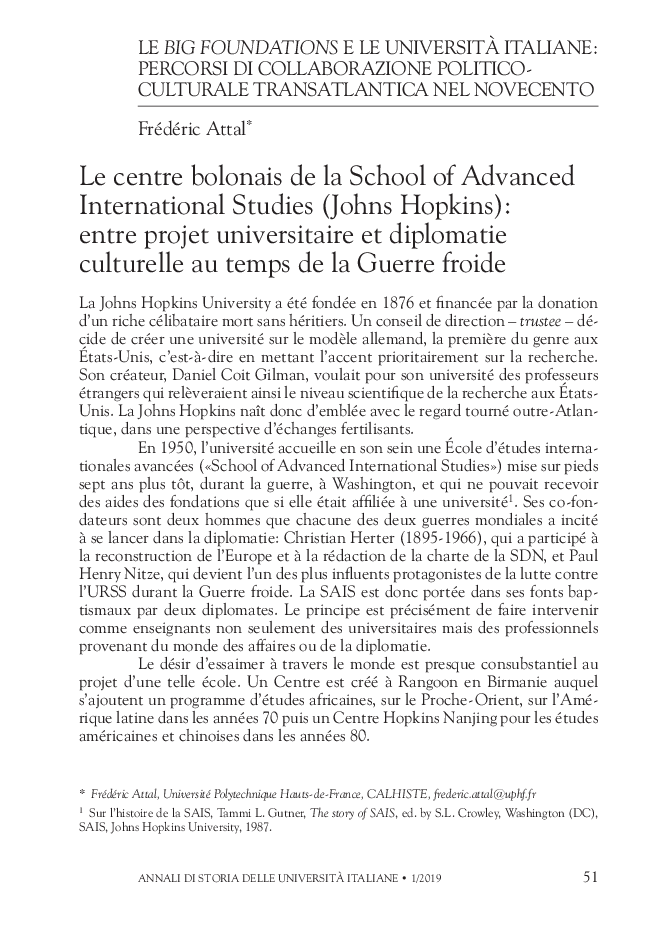