The paper proposes to reconstruct the biographical story of Mario Einaudi, the eldest of Luigi Einaudi's children. Mario moved to the United States in 1933 in order to avoid being enlisted in the National Fascist Party and to pursue his academic career. There, he established himself as one of the leading scholars of comparative politics with his research focusing on political parties, and political and economic institutions of West Europe. In the paper, he is seen as the key to interpreting the role played by the Rockefeller Foundation in important developmental stages of twentieth-century Italian intellectual history during the post-war years of the Second World War. These include the entry of young Italian scholars into international mobility programmes financed through the Laura Spelman Rockefeller Memorial, the transformation of research grants into safety nets to aid intellectuals fleeing totalitarian Europe in order to pursue their careers, as well as the creation of cultural and academic exchange networks, with the USA at the centre. Einaudi was, on numerous occasions, a leading figure involved in Italian policy within the US cultural foundation and worked for long periods outside the US. 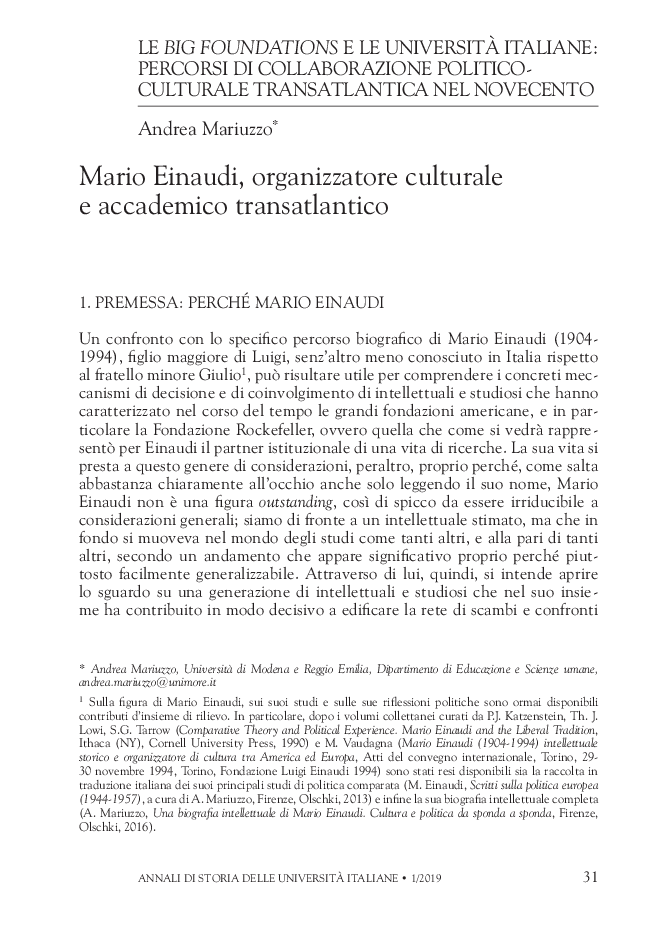