The paper focuses on the contribution made by Luigi Einaudi to the Storia economica e sociale della Grande guerra (Economic and Social History of the World War), or rather to the Italian series of which he was editor between 1925 and 1933. The Economic and Social History of the World War was financed in the early post-war years by the Carnegie Endowment for International Peace, and Einaudi contributed two monographs to the Italian series. One - La condotta economica e le conseguenze sociali della guerra italiana (1933) - would become a classic of historiography of the Great War and the origins of Italian fascism after a long period of oblivion. By researching correspondence shared between the work's editor - Columbia University professor James T. Shotwell, figurehead of the Wilsonian milieu - and Italian and American writers and editors, the paper intends to set the volumes in the Italian series within an overall picture of the work financed by the Carnegie Foundation. It also proposes a comparative study of the results produced by some of those works with works contained in other series. The paper, therefore, constitutes an initial, partial contribution to a general history of the work by the Foundation, which James T. Shotwell proudly defined as «a sort of international academy». 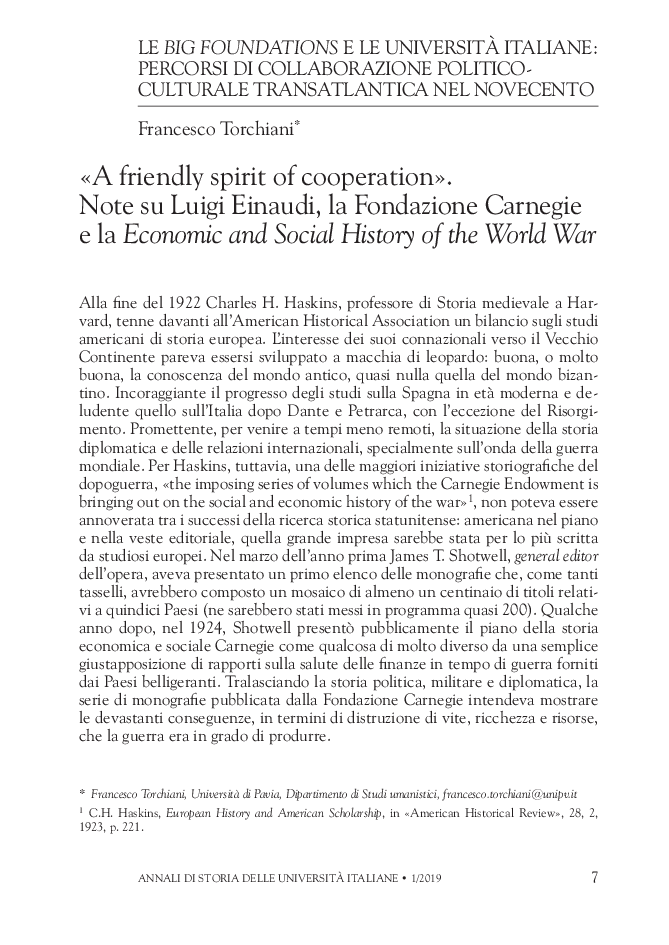