This article focuses on the history of Italian Studies in British universities and the use of the subject in Fascist propaganda and foreign policies through case studies of Manchester, Leeds and Liverpool universities during the 1930s. It outlines the cooperation between Italian Studies academic staff at these universities and Mussolini's propagandists in Britain, for example Camillo Pellizzi at University College London, and/or the Italian government. By analysing previously unexplored primary sources held in Rome, including Pellizzi's private correspondence and official papers produced by the Italian Ministry for Foreign Affairs, this research highlights Fascist Italy's use of «cultural diplomacy» in interwar Britain. It also investigates unknown university professors and lecturers among Italian Studies' academic staff, such as Piero Rèbora and Adriano Ungaro, and their political thought and/or courses of action, thus identifiying and analysing the intellectual personalities who facilitated the diffusion of Italian culture and ideologies in northern England and contributing to the exploration of Fascist policies in Britain. This investigation offers an original contribution to our understanding of Fascist propaganda abroad and unearths the largely unknown history of Italian Studies in northern England universities and the discipline's involvement in culture and politics between the wars. 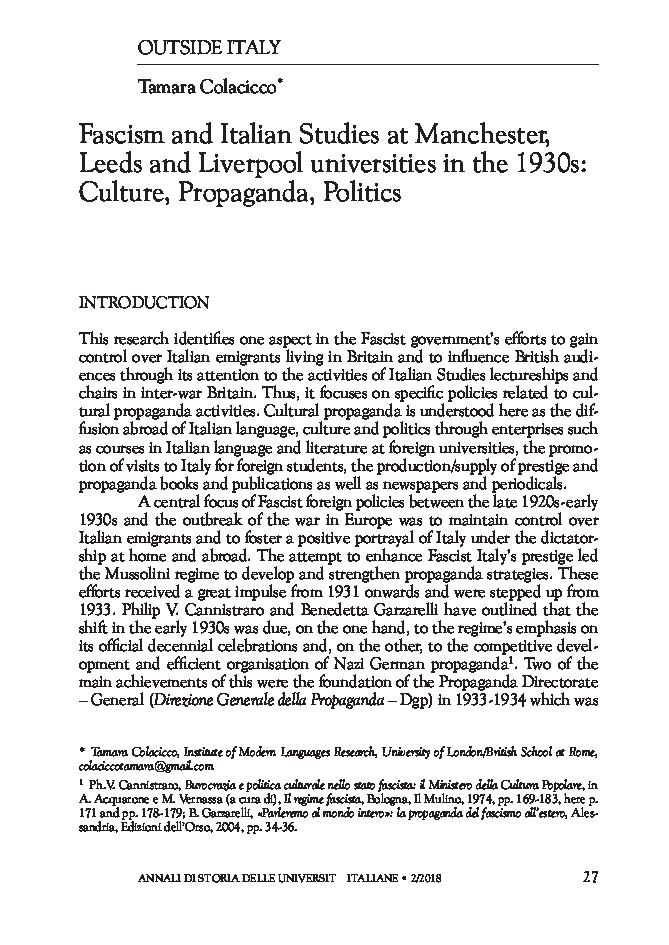