The purpose of this paper is to produce a broad, yet solid biographical profile of Maria Velleda Farnè. A doctor in Medicine and Surgery, she was the second woman to graduate in the Kingdom of Italy and the first at the University of Turin in 1878. However, despite these achievements, in the numerous academic publications addressing the issue of women’s access to universities, she appears in name only. Beginning with her family origins, the paper devotes ample space to her father Enrico, lawyer, political polemist and amateur scholar. Of Maria Velleda, who was born in Bologna in 1852 and migrated to Piedmont with her family in 1864, the paper retraces her life between Turin, where she received her education, and Rome, where she moved in 1881 after being appointed honorary physician to Queen Margaret of Savoy. She spent the rest of her short life in the capital and towards the end of the 1800s, her health declined. She died in November 1905 at the home of relatives, a summer residence in the hills not far from Turin. Using archival sources for the most part unpublished, and bibliographical and journalistic sources of the time or published shortly after the events reconstructed, the paper retraces her life. 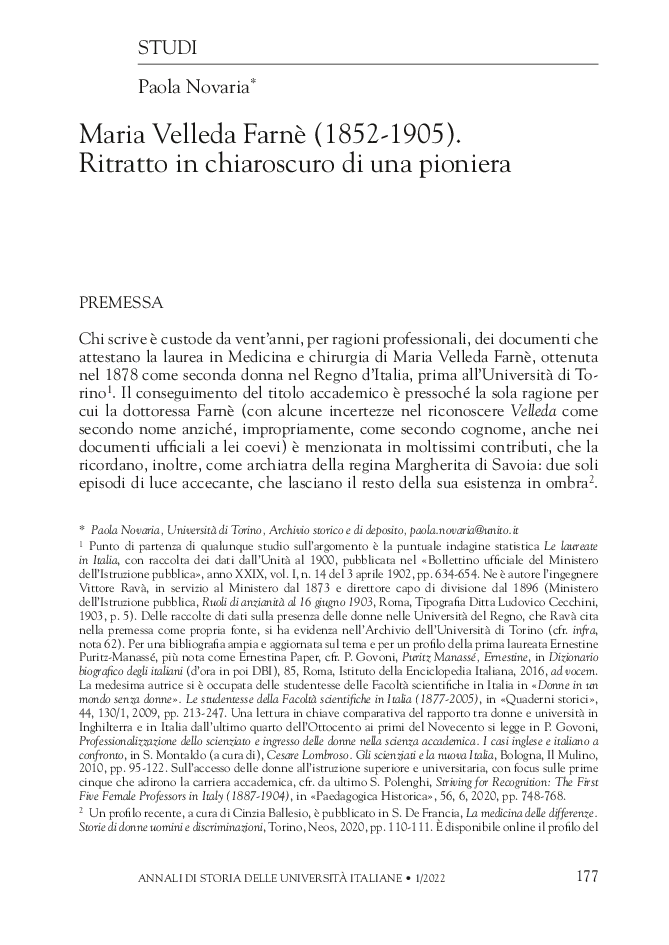