The need to encourage student mobility was a prime objective of international programmes and organisations established in the continent of Europe after the Second World War and particularly with the advent of the Cold War. Despite their efforts, however, neither the Council of Europe nor the Organization for Economic Cooperation and Development ever had sufficient resources and powers at their disposal in order to make a positive contribution to achieving student mobility. However, despite the reticence of the original Treaties and the long-running overt scepticism of both academia and national politicians, the European Community took up the initiative. Between the late 1960s and early 1970s, it started out on a difficult yet promising road to defining common educational policies in which student mobility would play an increasingly important role; common study programmes, in particular, were the main outcome of this stage. This work, together with the particular institutional, political and socio-economic dynamics of the 1970s and the mid-1980s, laid the groundwork for the creation of the Erasmus Programme, the most ambitious student mobility programme ever undertaken out in European history. With the literature and major archival sources as its basis, the paper aims to reconstruct the thinking, conflicts and compromises that led to the creation of the Erasmus programme, and sets them in a broader context for reflection and analysis 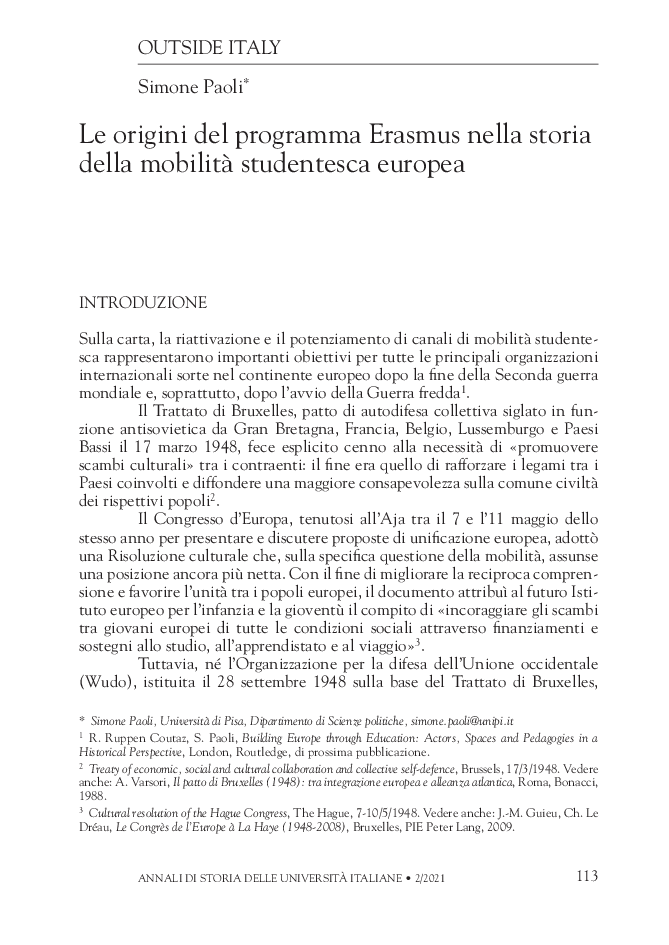