For more than half a century, the diagnoses concerning the future of French Catholicism have been highly alarming. They underline, in particular, an abandonment of sacramental practice, and some analysts have said that since the 1960s «French Catholicism has become a festive reality», being no more than folklore and a remnant of the past for many French people. In order to understand this «Catholic crisis», it may be necessary to place it within a longer span of time, that is to say, within Tridentine Catholicism. Indeed, modernist historians have hypothesized that the breakdown of the structures of Christianity observed in the second half of the twentieth century may correspond to the end of the «Tridentine cycle». The resumption of this hypothesis may make it possible today to offer a very relevant key to the interpretation of this period of the crisis in contemporary Catholicism. The French case is merely one example of a vast process of «deconfessionalization» on a European and Western scale, which signifies a renewal of Christianity rather than its extinction. 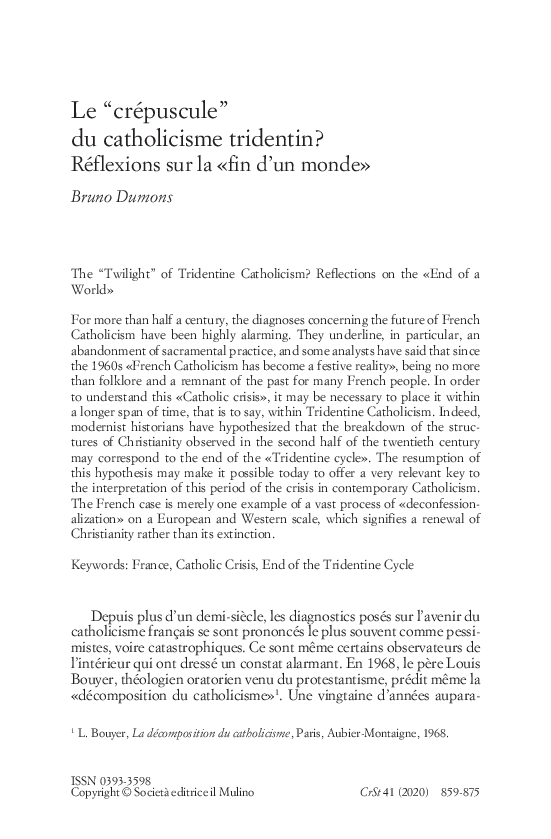