In 1951, the order of the White Fathers in Jerusalem published at St. Anne’s Monastery the first issue of «Revue Proche-Orient Chrétien» (POC), which then became the pioneering ecumenical journal in the Middle East. POC included articles on various theological and ecumenical topics, with a special focus on Christianity in the Middle East. The target of POC was to provide an academic arena for serious discussions about crucial themes related to the Eastern Christian heritage, which would also be of interest to the Western world. In 2015, the White Fathers decided to entrust the Jesuit University of St. Joseph in Beirut with the continuation of the POC’s ecumenical mission, where a new outlook was implemented in order to continue its enterprise. This article intends to offer a general presentation of POC as a distinctive review, particularly for scholars who are interested in the history of ecumenism in the Middle East. 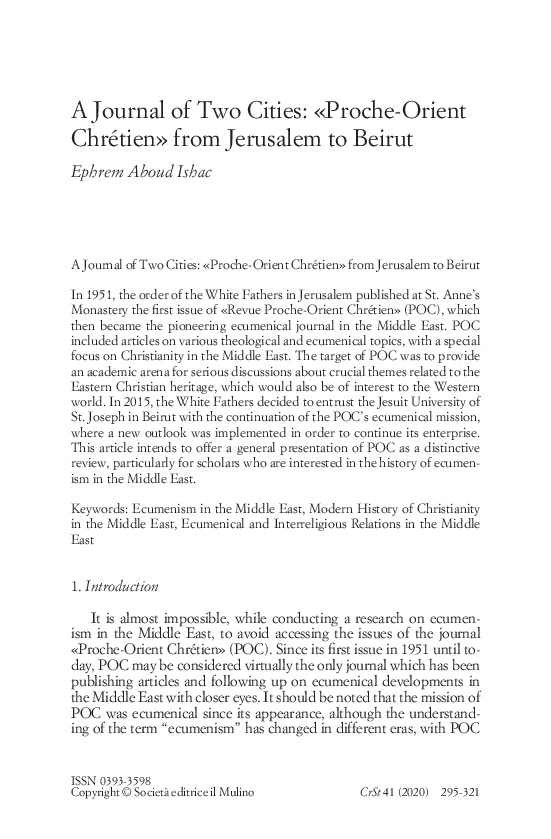