After the ultimately unsuccessful union of the Latin and Armenian Churches in 1307, the Armenian ecclesiastical community split into two groups: those who opposed the union (and eventually prevailed) and those who supported it. While we possess many documents produced by the victorious group, documents written by the pro-Latin faction are less frequent. One such document is the Girkՙ U³³apՙaṙacՙ, written by Mxitՙari¹ՙ Aparanecՙi in about 1410. This book was to become, in the mind of its author, a tool to be used in debates against anti-unionists. The document is analysed here with regards to its statements about the primacy of St. Peter, discussed in Chapter 33 of the book. In the Appendix, the relevant sections of the manuscript are, for the first time, published and translated. 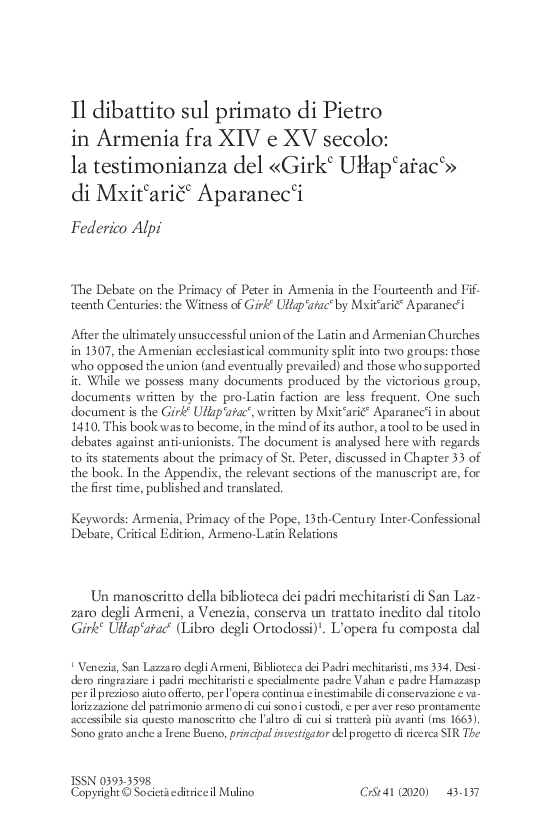