The following pages provide a succinct overview of the critical writings dedicated to the Italian historian Ettore Passerin d’Entrèves, his historiographical production and his academic career. Born in Turin in 1914, into an aristocratic family from the Aosta Valley, Passerin studied in his native city and took part in the Italian civil war in 1944-1945. He taught at the University of Pisa from 1948 to 1961, at the Catholic University in Milan from 1961 to 1965 and at the University of Turin from 1961 to 1985. He died in 1990. A historian of the eighteenth and nineteenth centuries, particular attention being paid to Jansenism, Catholic liberalism and Italian nation building, he adopted his own perspective on the history of ideas or the history of culture. In spite of his Catholic profession of faith, he was always rigorously committed to the use of a critical historical method. 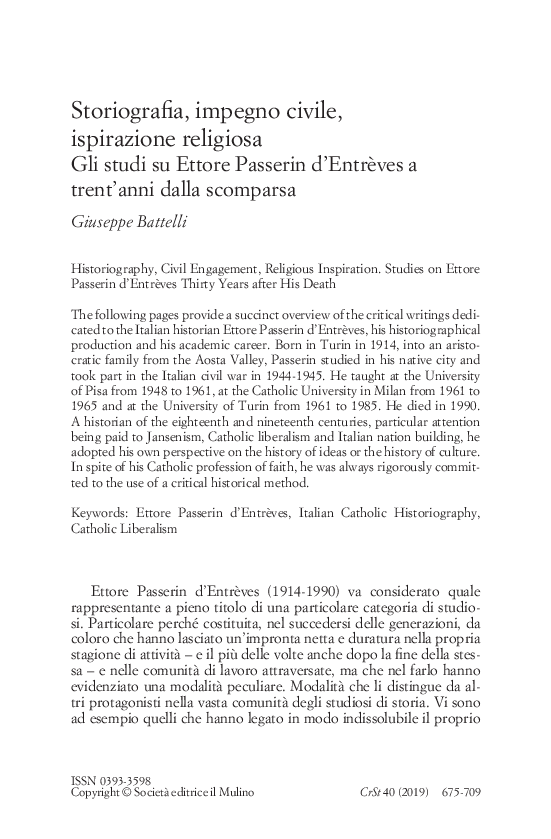