Scholarship generally links the 16th-century Leuven Faculty of Theology to Augustinism. By contrast, the change of the chair of Sacred Scriptures in Leuven, from the Augustinist Michel Baius to the Molinist Thomas Stapleton, reveals a far more complex theological milieu. They represent only two extremes of a wider exegetical spectrum, which also included a moderate Augustinism, that of Cornelius Jansen the Elder. By analyzing key passages taken from the commentaries on the Gospels by Jan Hessels – Baius’ disciple –, Jansen and Stapleton, different exegetical approaches will be shown within the broader context of the de auxiliis controversy. 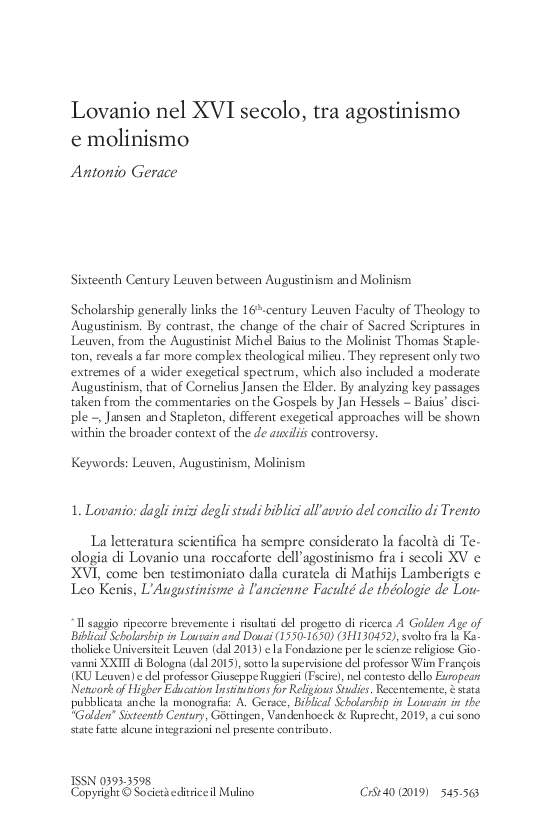