Studies on the relationship between religion and the Great War, which intensified on the occasion of its centenary, have definitively demonstrated the importance of its historical-religious aspects. They have extended in many directions, interlacing different disciplinary approaches and configuring the World War I as a laboratory in which it is possible to observe dynamics that also emerged several times later on a worldwide scale. After a brief review of these studies, the article focuses on the results of the research collected in two volumes, published in early 2018, that focus on the impact of the conflict on circumscribed territories of a Catholic majority, considered in the reference to diocesan reality and, therefore, paying a privileged (but not exclusive) attention to Catholicism: “Diocèses en guerre, 1914-1918. Entre Gott mit uns et le Dieu des arméesµ, edited by Xavier Boniface and Jean Heuclin, and “Una Chiesa in guerra. Sacrificio e mobilitazione nella diocesi di Firenze, 1911- 1928µ, by Matteo Caponi. It then highlights how both these works, while starting from a privileged local observation point, raise questions which can be inscribed in a perspective of the “global historyµ of the last two centuries and are still very relevant today. 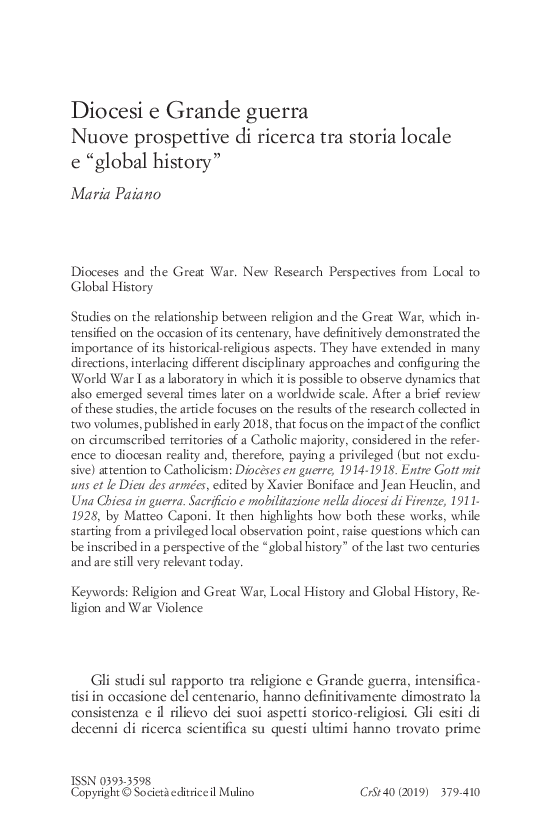