The aim of this study is to explore the use of the term “hypostasisµ in Origen of Alexandria and to point out his original contribution to the formulation of the trinitarian terminology in the history of Christian theology. After considering the meanings of “hypostasisµ in Hellenistic thought, in particular in the vocabulary of the Stoics, and in the early imperial context, the article focuses on the occurrences of “hypostasisµ in Origen’s works in Greek and investigates them in the light of four core subjects: first, the relationship between hypostasis and nothingness; secondly, the correlation between essence and hypostasis; thirdly, the application of hypostasis to the individual existence of the Father, the Son and the Holy Spirit; and, finally, the causal interplay between free will and hypostasis, as seen in the cases of the Antichrist and the human being. 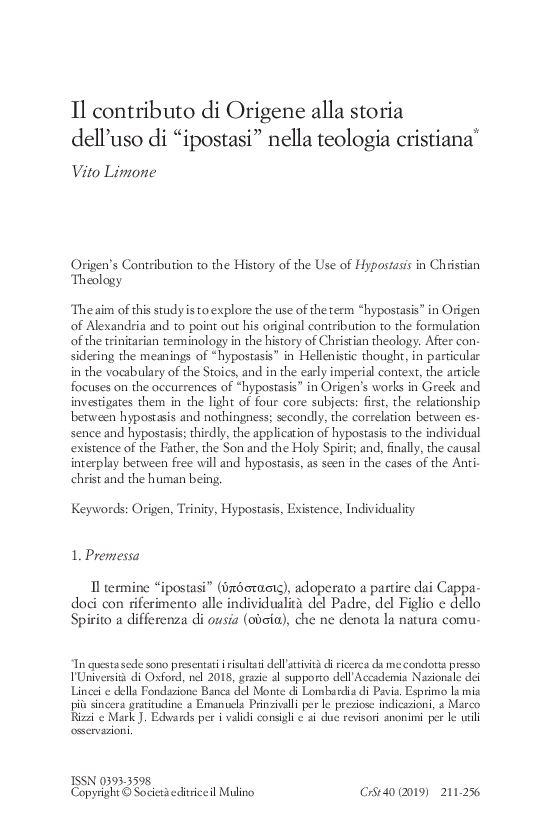