Canons 8 and 9a-b Hess of the Council of Serdica (343 AD) meticulously regulated episcopal visits to the imperial Court. The bishops gathered there listed the "iustae causae", for which a bishop could intercede or request indulgence, and established that not bishops, but their deacons would submit written requests to the aid of the oppressed, afflicted widows or orphans. The deacon, therefore, should have turned to the metropolitan bishop, who should have sent it to the bishop of the city, where the emperor resided, because he forwarded it to the imperial "comitatus", possibly even requesting the help of "friends in the Palace". Comparing Serdica's canons with two Ambrose's letters, we believe that the "mos sacerdotalis", which he quoted as custom that every bishop was required to assume at the presence of the emperor, had been elaborated following the dispositions of Serdica. Since in the West, for almost two centuries, those canons were believed to have been issued at Nicea in 325, they acquired vast credit and favored the setting of protocol rules for bishops and clerics, who asked the emperor hearing. 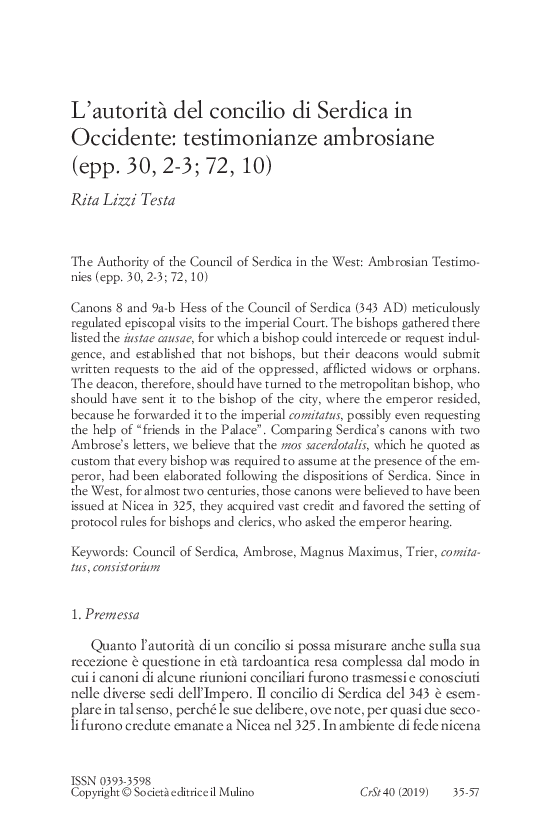