The meeting with Angelo Giuseppe Roncalli in 1953 marked a radical turn in the life of the Venetian priest Loris Francesco Capovilla, who was first secretary of Roncalli as Patriarch of Venice and then as Pope John XXIII. The relationship between the two was not interrupted by the death of the pope in 1963. Capovilla, executor of Roncalli's testament and custodian of his archive, began became a frequent lecturer and publisher of Roncalli's texts thus making an essential contribution to the knowledge of John XXIII and breaking new ground in the tradition of the management of the personal archives of a pope. This activity, carried out for half a century, is divided into several stages, marked by the evolution of the ecclesial memory of John XXIII - a memory initially exalted, later contrasted and subject to an attempt to make pope John innocuous, until the canonization celebrated by Pope Francis in April 2014. 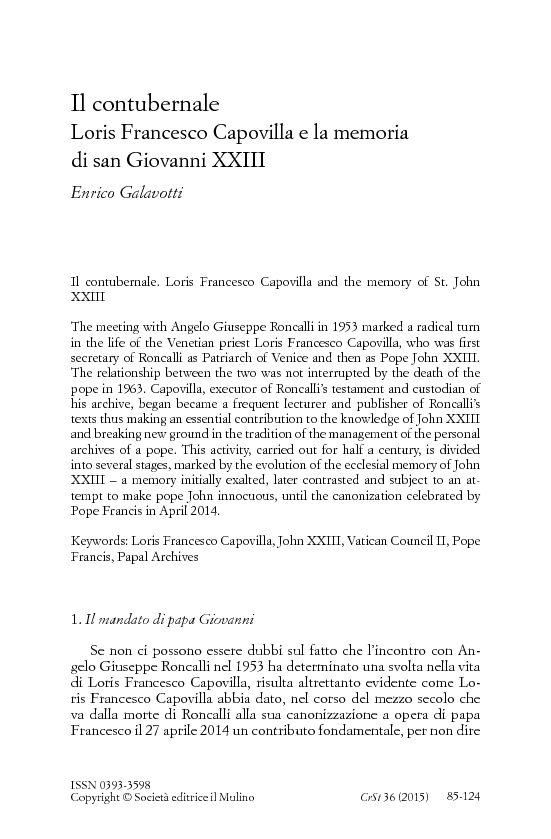