This literature review analyzes the latest book by Claude Langlois, On savait, mais quoi?. The book is a history of the sexual abuse crisis in the Catholic Church, which adopts a methodological approach whose interdisciplinarity is necessary in order to comprehend a scandal that unfolds at many levels – institutional, theological, social, and cultural. On savait, mais quoi? constitutes a major contribution to the ongoing debate on the sexual abuse crisis in the Catholic Church, especially in the light of the new phase of the scandal that initiated in 2017-2018 in several different countries. 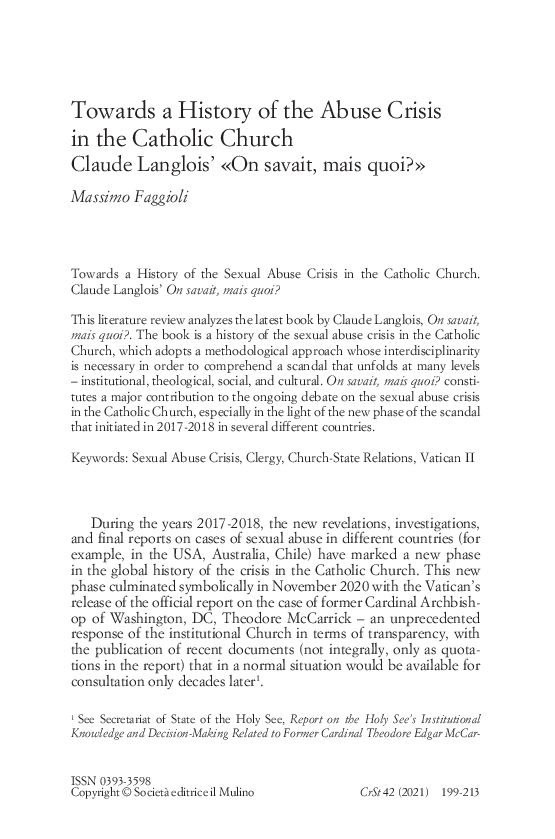