Based on research carried out in the archives of the Second Vatican Council and of the Congregation of the Brothers of the Christian Schools (De La Salle Brothers), the article traces the history of the drafting of § 10, 2 of the Perfectae Caritatis decree, in which it is stated that the General Chapters of male Lay Religious Congregations can allow their members to access the priesthood. It was a decision that potentially caused a radical change for those institutions, introducing a novelty that posed radical questions about their loyalty to the intuitions of their respective founders. The General Chapter of De La Salle Brothers in 1966, invited by the Congregation for Religious to consider access to sacred orders for its members, triggered severe conflicts regarding the interpretation of that paragraph, both within the Institute and in the Roman Curia. For historians, these events stand to indicate a longer process of renewal on the part of this type of institute of consecrated life in the context of the developments that the Catholic Church saw in the twentieth century. 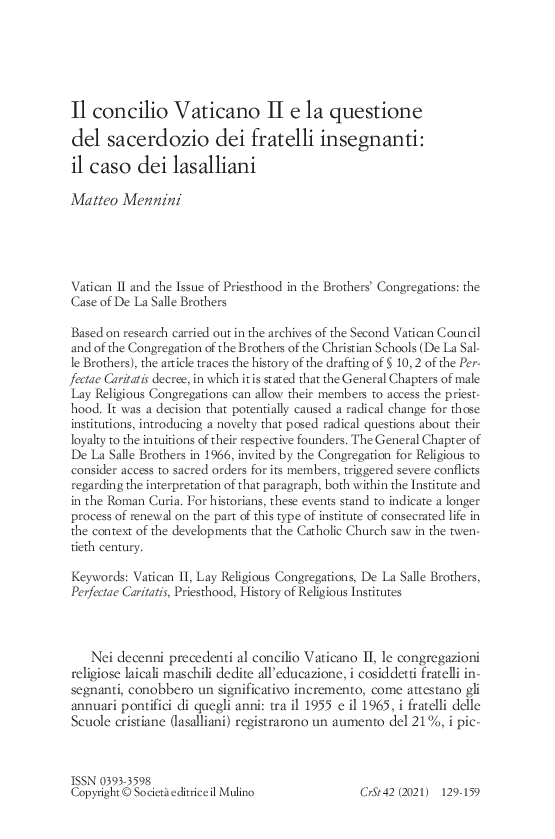