The present essay, divided into two parts, focuses on the most common handbook for the education of the clergy in early modern Europe, Guy de Montrochen’s Manipulus curatorum (1330), printed from 1473 until 1581, when it saw the last of about 200 editions. This text was disseminated throughout Europe, revealing the need for such a handbook before the institution of seminaries (1563). In this first part of the essay, after the introduction to both Guy de Montrochen’s life and the historical context, attention is then paid to the editorial history of his handbook, after which the structure and the text of the Manipulus are examined. The second part, on the contrary, focuses on the analysis of the first section of the Manipulus, in which Guy deals with six of the sacraments, leaving aside penance, which is analysed in the second section of the Manipulus and will be the subject of a forthcoming contribution. 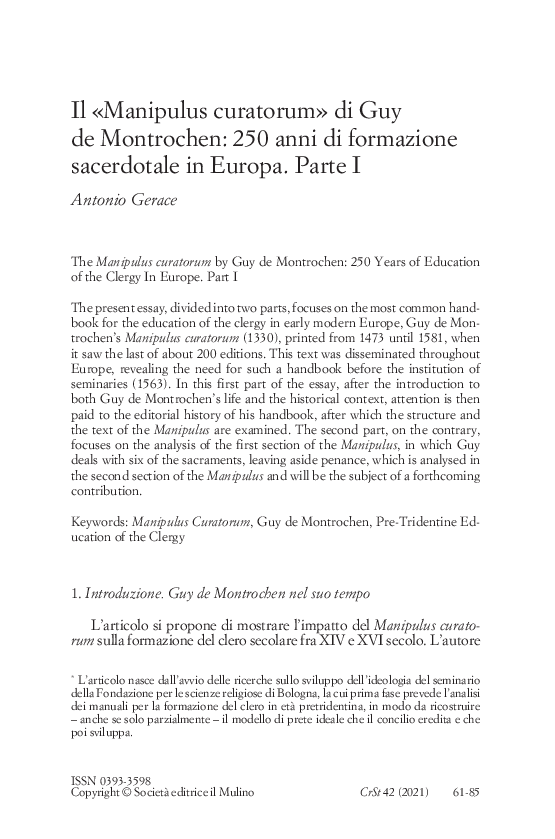