The article discusses the conception of “politicalµ and “jurisdictionalµ constitutional adjudication in Kelsen and the post-war case law and scholarship. It assesses to what extent Kelsen did not deny that the jurisdiction is “politicalµ. It is an issue of margin of manoeuvre in the implementation, with respect to the legislative branch. A preponderant part of the later doctrine, vice versa, ignores or underestimates that the development of constitutional adjudication has unbalanced the original idea, and even the idea of the supremacy of the constitution, in favor of the construction of a globalized and globalizing hyperconstitution, insensitive to the diversity of places and times 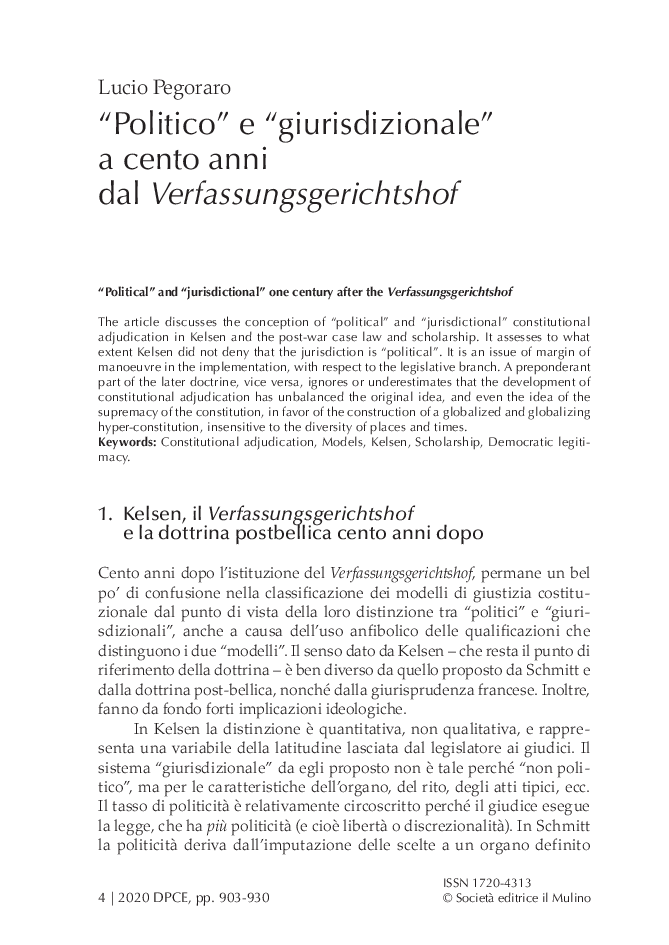