The criminal prosecution of denial crimes, especially in the form of Holocaust denial, is widespread in many European countries and is required by the EU. Last year, the Polish government attempted to amend the national discipline in the sense of criminalising even the assertions of Polish responsibilities in the Nazi crimes committed during the Second World War. This attempt has triggered vibrant political reactions, which have led to withdraw the amendment. However, denial crimes continue to be in force in Europe, despite being in a difficult balance between freedom of expression and other fundamental rights. The Polish case, in which the role of freedom of expression was vigorously reaffirmed, could be an opportunity to rethink the denial crimes. 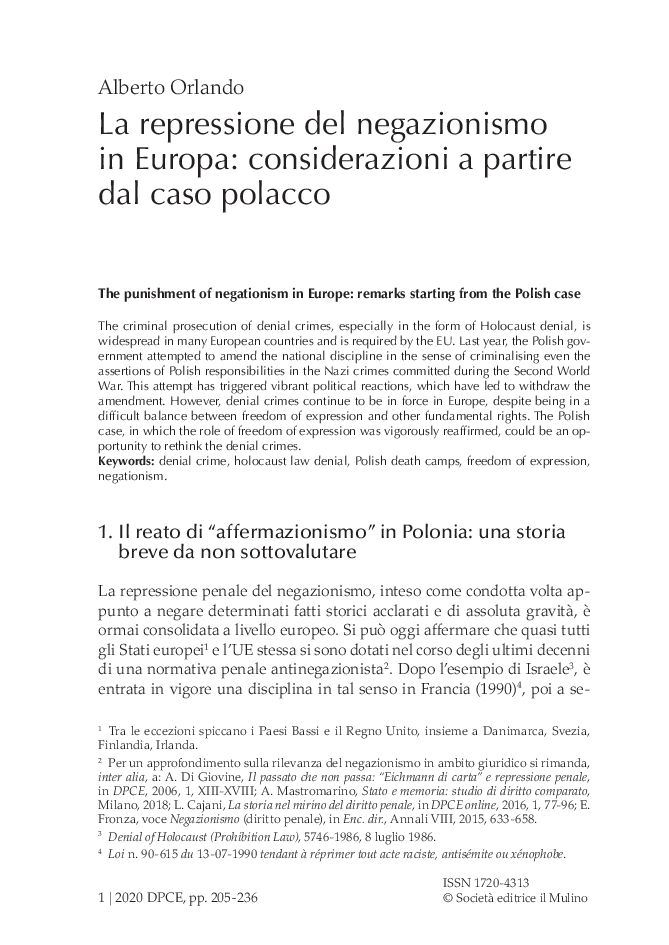