The essay analyzes CEDU’s Protocol 16 and the first advisory opinion formulated by the Strasbourg Court in application of the Protocol in reference to a case of surrogate motherhood occurred abroad involving two French spouses. The essay aims at verifying whether the Grande Chambre, with this first opinion, has moved in the wake of continuity or innovation with respect to its own jurisprudence concerning the recognition of status filiationis in case of surrogate motherhood; secondly, it aims at understanding what impact such an opinion could have on the requesting State. Finally, the essay aims at ascertaining the legal impact of this new procedure on the Italian legal system which, as we know, has not yet proceeded with the ratification of Protocol 16. 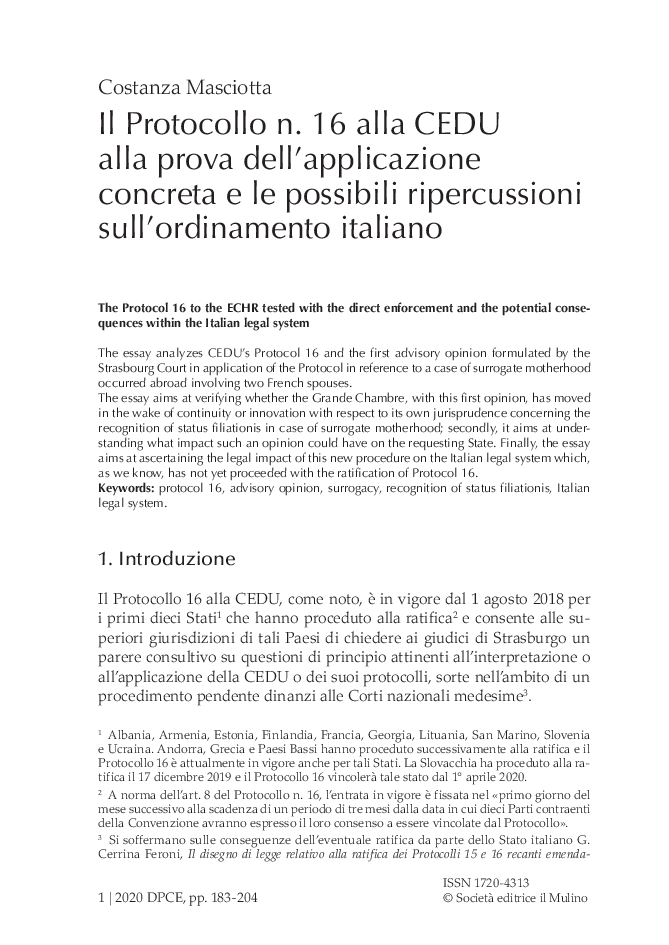