The revocation of Jammu and Kashmir’s autonomy, which took place in August 2019, has been described as a sudden and unforeseen move by the BJP government of Narendra Modi. But it is not like that. Much of the autonomy of this Indian federated State, located between India and Pakistan, had already been eroded by previous governments, starting with those of the INC led by Jawaharlal Nehru. The awareness of this paradoxical continuity between INC and BJP, along with the constant nodding by the Supreme Court, is a crucial aspect to consider when tackling the current debate which, beyond the issue of constitutional validity, ultimately shows the fragility of Indian federalism. 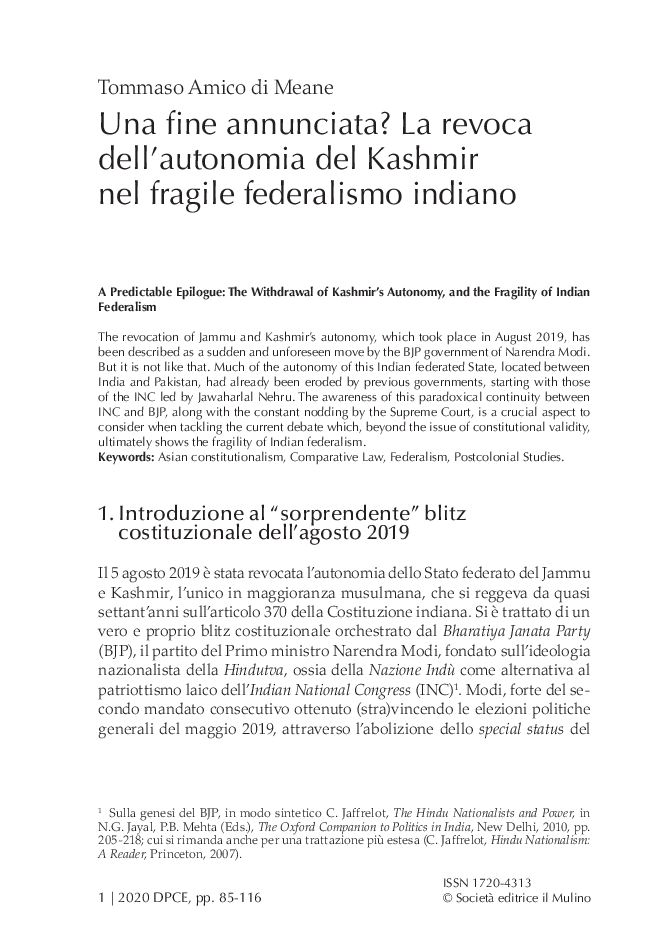